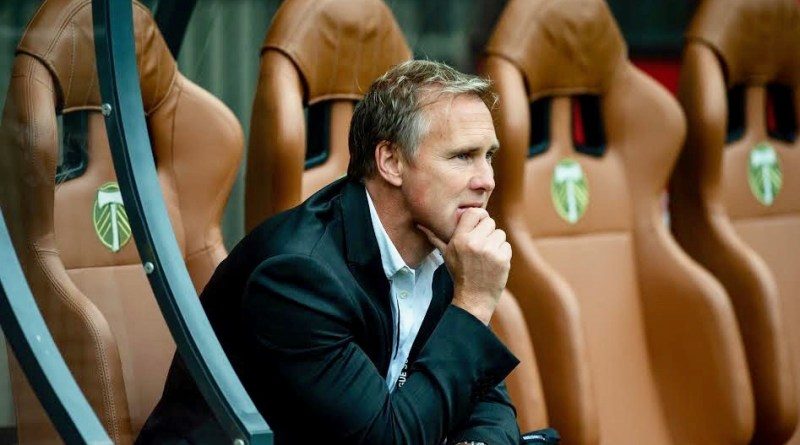 This week, the Seattle Sounders will travel to Columbus to play in their fourth Major League Soccer (MLS) Cup in five years.

A few of the area’s top soccer historians/beat writers were polled on who are the five best players with Washington high school ties to win a North American Soccer League (NASL) or MLS title.

The criteria for the rankings are a combination of what the player did in high school, college (if they went that route) and during his professional career leading up to winning a title (or titles):

Skinny: There isn’t much in the sport that this Everett native hasn’t accomplished. The two-time Parade All-American midfielder led Cascade to back-to-back 4A titles (1988, 1989) for his father, Dick – and went on to win an NCAA Division I title at UCLA in 1990 playing for the late Sigi Schmid. He spent more than a decade playing for the U.S. national team, scoring three goals in 79 appearances (and was the youngest member at age 19 in the 1990 World Cup). When the MLS formed in 1996, Henderson left Europe to become one the league’s early recognizable stars, scoring 51 goals and tallying 80 assists (which still ranks No. 10 all-time) – and setting a single-game league mark with four assists for Kansas City. The three-time MLS All-Star is now the Sounders’ chief scouting director for two MLS Cup-winning squads.

Skinny: As a youth international standout, Durgan went directly from high school to the best NASL franchise around at age 17 – the Cosmos. In fact, as the No. 4 pick in the 1979 draft, he traveled with the franchise through Asia with the likes of Carlos Alberto, Franz Beckenbauer and Giorgio Chinaglia before he ever played a match in the NASL. That didn’t take long – Durgan started 28 of the team’s 32 matches in 1980, including the “Soccer Bowl” championship game, and was named the league’s rookie of the year at fullback. That triggered a three-year run of great success as the Cosmos went to the NASL championship game from 1980-82. He left to lead a new NASL entrant – the all-star “Team America” – in 1983 before the league folded a year later. Durgan made seven U.S. national team appearances, and played in the 1984 Summer Olympics.

Skinny: At just 26, and still in the middle of a rising MLS career, you could make a case Morris deserves to be No. 1, given all the things he has already accomplished – winning an NCAA Division I title at Stanford; capturing the Mac Hermann trophy as college’s best player (2015); 39 appearances with the U.S. national team (including while at Stanford); three double-digit goal-scoring MLS seasons in four years (and 35 goals total); and now a fourth MLS Cup trip in five years. But Morris is no longer the streaking speed demon who could get behind any defense to score quick goals. He is now a refined, all-around threat who could go down as the best offensive player this state has ever produced. Last season, he became the first Sounders player to record a hat trick in the postseason (against FC Dallas).

Skinny: This ball-control wizard not only had the technical skill to set up teammates, he also had the type of street-ball creativity that would put the fear in any defender. After his UW career, he signed with the Sounders for a brief stint in the USL – and came to the MLS in 2000 when he was drafted by San Jose. That set off one of the franchise’s best careers as Russell played in 131 matches. His 20 career assists ranks No. 9 all-time. And in 2001, Russell became an MLS All-Star, scoring three goals and dishing out nine assists in leading the club to the league crown. After his seven-year MLS career ended, he coached in the league – and was last the coach for the USL-winning Reno 1868 FC.

Skinny: There are very few Washington soccer standouts who got more out of their career than Medved, the son of former NFL defensive back (and Bellarmine Prep graduate) Ron Medved. Out of high school, he chose to play at TESC, and was the NAIA national player of the year as a striker in 1990. After that, he bounced around a few second-tier U.S. professional indoor and outdoor leagues, winning a pair of American Professional Soccer League titles in Colorado and Seattle, and a National Professional Soccer League title with Cleveland. But his shining moment came after D.C. United selected him in the MLS inaugural draft in 1996. A part-time starter in the midfield, Medved will forever be known as the off-the-bench spark in the club’s late rally in the MLS Cup against the Los Angeles Galaxy. A 70th-minute substitution, Medved put back his own miss for the match-tying goal (also only MLS Cup goal scored by a Washington native) in the 82nd minute, and D.C. United went on to win, 3-2.