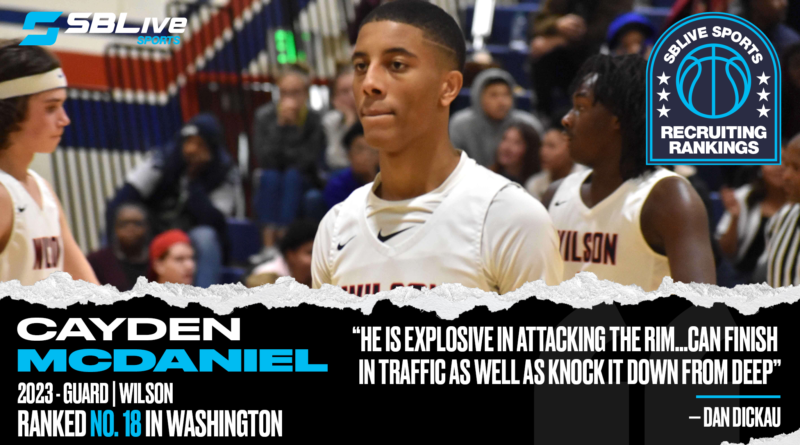 Over the next few weeks we will roll out our Top 25 players in Washington. Here’s a closer look at No. 18 on the list, Wilson (Tacoma) guard Cayden McDaniel:

ATHLETICISM: McDaniel is a big, strong and athletic guard at 6-foot-3 and 175 pounds, and he could still grow. He is explosive in attacking the rim and his strength allows him to hold his line on dribble drive attacks. He has long arms which also allows him to defensively hound his opponents.

BALL SKILLS: McDaniel is a combo guard who shows the ability to score with ease while also playing a lot at the point for his high school team. He has a good handle which becomes even better when you include his penchant for playing at his own pace. He can finish in traffic as well as knock it down from deep. His willingness and ability to guard on the perimeter has the potential to set him apart.

UPSIDE: McDaniel has huge upside. Could he be the next great guard from Tacoma following in Isaiah Thomas’ and Malachi Flynn’s footsteps? He holds at least one Division I offer as a sophomore and many others have shown a lot of interest.

A determining factor in his recruitment will be if the schools recruiting him view him as a point guard or a two-guard. I wouldn’t be surprised if high majors show interest if he can prove consistency in his ability to shoot it.