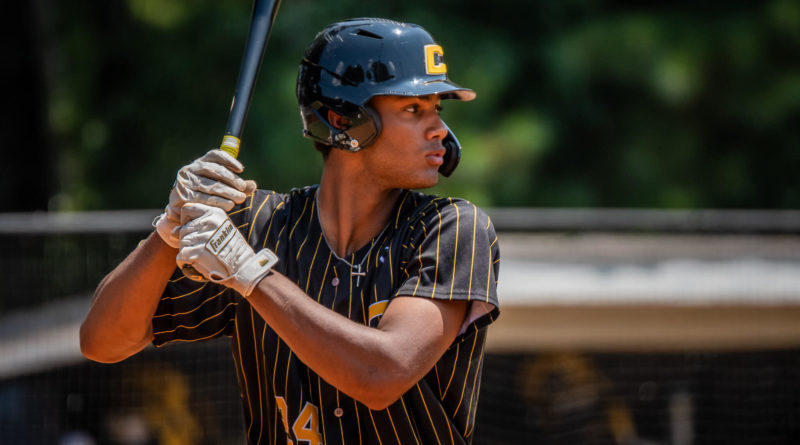 Marysville-Getchell multi-sport standout Malakhi Knight, one of the top high school baseball prospects in the country in the class of 2021, announced his commitment to UCLA on Tuesday evening, some three weeks after de-committing from Oregon State.

Knight plans on waiting to sign his national letter of intent in the spring, he told SBLive Tuesday evening. He visited UCLA’s campus and got to know the UCLA coaching staff in the weeks since his de-commitment.

Knight cited the departure of Pat Bailey from the Oregon State staff as a leading reason to his de-committment before the start of the non-football early signing period.

“We were really close, we had a good relationship,” Knight said. “I love Pat. But it was different after he left. I’d say that was a big part of it.”

Bailey was a longtime assistant coach with the Beavers under Pat Casey and helped them in their run to the 2018 College World Series, coaching the likes of Michael Conforto and Adley Rutschman. When Casey retired in 2018, Bailey was named interim head coach for a season, before returning to his role as an assistant when OSU named Mitch Canham its head coach in 2019. That lasted a year before Bailey’s departure was announced in late July.

“Me and my family talked it over, we didn’t think it was the best fit for me anymore,” Knight said. “There were some changes made there that ultimately led to me wanting a different option.”

Knight is the second Washington high school prospect to de-commit to the Beavers in the wake of Bailey’s departure. Bainbridge junior pitcher J.R. Ritchie, PBR’s top in-state prospect in the class of 2022, also de-committed from Oregon State in September and also committed to UCLA.

He’s long been heralded as the state of Washington’s top prospect, possessing a rare combination of elite hitting capabilities and athleticism that vaulted him into the national spotlight over the summer playing against nationally-renowned competition. In updated class of 2021 national player rankings on Nov. 23, scouting service Prep Baseball Report ranked Knight as the No. 16 prospect in the country — a significant boost from his previous ranking at No. 48.

To add to it, Knight was an all-state caliber guard at Marysville-Getchell as a junior. The 6-foot-3, 190-pound guard  averaged 26.1 points, 9.5 boards and 3.3 assists and steals as a junior, leading the Chargers to the first round of the 3A state playoffs. SBLive identified Knight as a preseason 3A state basketball player of the year candidate in 2021.

Having his pick of college programs is a luxury only a limited number of prospects have earned. But there’s a chance Knight never plays college baseball. Knight will be in consideration for the top three rounds of the 2021 MLB Draft, PBR Northwest scouting director Dan Jurik told SBLive in August.

“The athleticism checks off right away,” Jurik said. “And then when you start looking at what he does in a competitive setting, how are the skills? How is the baseball IQ? How does he perform against live pitching when he’s on the field, with players of the same caliber as him? and he’s done a really good job of that.”

Knight’s experience playing with the Canes brought him an opportunity to perform on a national spotlight at a time when baseball was not actively being played in Washington under the governor’s coronavirus response.

His time with the nationally competitive club team based in the Southeastern U.S., he would later learn, also brought him closer to players who could become future teammates. Playing every day, for Knight clear across the country, brought them closer.

Seven of his teammates from the Canes are committed to UCLA.

“I know almost my whole class and we’re all pretty close, so it’s going to be a pretty good time,” Knight said.

(Photos by Will Chitty)