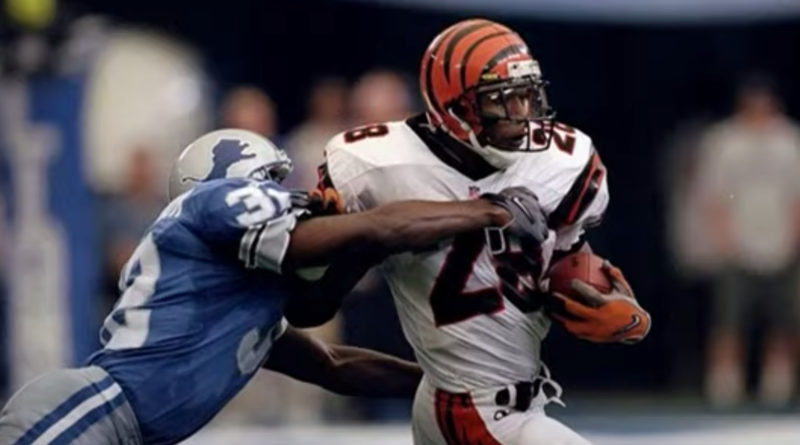 As the National Football League hits the home stretch of its regular season, the excitement of the playoffs will be here in no time.

And in a COVID-impacted year, seven playoff berths will be up for grabs in each conference, all with sights on playing in the biggest sporting event on the planet — the Super Bowl.

A few of the area’s veteran NFL beat writers were polled on who are the five best players with Washington high school ties to win an NFL title.

The criteria for the rankings are a combination of what the player did in high school, college (if they went that route) and during his professional career leading up to winning a title (or titles):

Skinny: A two-way standout, and one of the best offensive linemen at in Giants’ history, Hein had the quintessential nickname that detailed his reliability and longevity – “Old Indestructible.” Born in California, Hein was a two-sport star in Burlington before becoming an All-American center at WSU, leading the Cougars to the 1930 Pacific Coast Conference title. Still, it took the 6-foot-3, 225-pounder’s self-promotional efforts to get noticed by an NFL organization. The Giants won out, and Hein played all 15 seasons at center and linebacker for that team. He was an eight-time All-Pro, winning league most valuable player in 1938. In all, he played in seven NFL championship games. After his retirement, Hein was part of the Pro Football Hall of Fame’s inaugural class (1963).

Skinny: When you visualize the pocket-passer prototype – big frame, rocket arm – Bledsoe checked every box at every level. His 44,611 career yards in the NFL still rank among the best – No. 16 overall. The all-state gun-slinger out of Walla Walla was the Pac-10 offensive player of the year in 1992, setting a host of school records. A few months later, Bledsoe was selected first overall by New England in the 1993 NFL Draft – and turned the beleaguered franchise around in no time, leading the Patriots to the postseason four times. But in 2001, his injury paved the way for Tom Brady to become the new face of the team at quarterback. As the backup, he came in for an injured Brady to lead New England past Pittsburgh in the AFC Championship Game – and was part of the Super-Bowl winning squad against St. Louis. After leaving New England, he went on to play in Buffalo and Dallas, and ended up going to four Pro Bowls.

Skinny: In an era when the big running back reigned supreme, Dillon was a battering ram with record-setting ability. The Parade All-American runner out of Franklin was the 1992 Metro League’s player of the year. He ended up playing at two junior colleges before landing at his hometown university with the Huskies in 1996, setting the single-season marks for rushing yards (1,695) and touchdowns (24). Those big numbers did not stop when he was a second-round pick by Cincinnati in 1997. A few games into his career, he set a new NFL single-game rookie rushing mark with 246 yards against Tennessee. And in 2000, he broke Walter Payton’s single-game mark by tallying 278 yards against Denver. The Patriots traded for Dillon in 2004, and he became the centerpiece of the offense, rushing for a team-record 1,635 yards, leading them to a Super Bowl victory over Carolina. The four-time Pro Bowler’s 11,241 career rushing yards rank 20th all-time.

Skinny: Anybody who was ever Flaherty’s teammate, or played for the Pro Football Hall of Famer as a coach experienced one common trait – the Spokane native was full of ideas. A multi-sport standout (and friend of actor Bing Crosby) at Gonzaga Prep, Flaherty was an all-West Coast “end” (tight end and defensive end) at Gonzaga University. After a brief stint in the American Football League, he played for both New York franchise in the NFL (Yankees, Giants), and was a three-time All-Pro pass catcher. And, as legend has it, it was Flaherty’s bright idea near halftime to change shoes for better traction during the icy 1934 NFL Championship Game against Chicago. The Giants rallied for a 30-13 win. Flaherty went on to win two more NFL titles as a coach with Washington, and was credited for being the biggest innovator of the screen-pass game.

Skinny: A three-sport star, Badgro would be on the short list of all-time great athletes to ever come out of Washington. In 1923, the fiery, fast-moving dynamo accepted a basketball scholarship to USC, and played football, basketball and baseball there. He started out in the NFL with the New York Yankees, gave major-league baseball a shot – then finally returned to football for good with the Giants in 1930. Regarded as a fierce blocker and sure-haded pass catcher at “end”, Badgro scored the first touchdown in an NFL title game in 1933 on a 29-yard pass from Harry Newman. The next season, he was part of the Giants’ NFL championship squad (along with Hein and Flaherty). Badgro was a four-time All-Pro who was inducted into the Pro Football Hall of Fame in 1981.