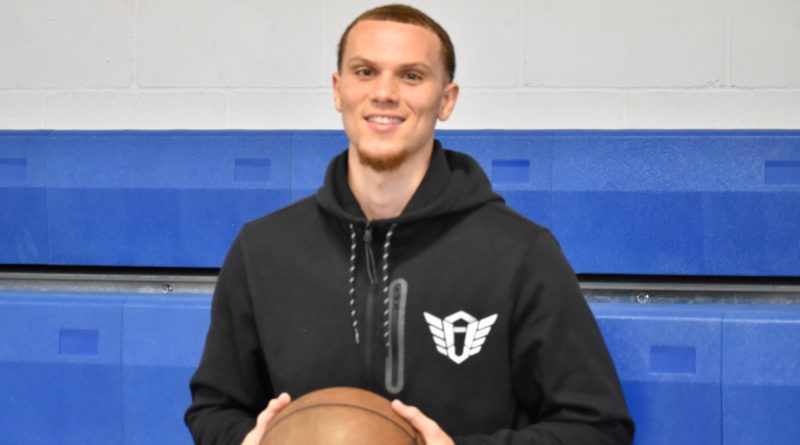 In basketball terms, Malachi Flynn is the quintessential mouse that roared.

He was once the kid everybody looked past. He was pint-sized. He wasn’t overly quick with the basketball in his hands. He wasn’t strong enough to keep other guards from moving by him.

That all changed in an instant when … well, Flynn grew up.

Now the Bellarmine Prep product is a sturdy 6-foot-2, 185 pounds. He is a coming off an All-American campaign as a junior in his only season as the San Diego State University starting point guard.

And all summer, Flynn’s NBA Draft stock has gone one direction – upward.

He will know for certain come Wednesday night where his new home will be. If most of the latest mock drafts are correct, Flynn should become the first in-state point guard since Garfield’s Tony Wroten in 2012 to be drafted in the first round.

Gary Parrish, the NBA Draft expert for CBSSports.com, says he can see Flynn going anywhere in the No. 20-30 range in the first round, along with Duke point guard Tre Jones and Michigan State point guard Cassius Winston.

“None of them are going to measure the way you want them to measure. None of them are top-flight athletes,” Parrish said. “But they all have something in common: They know how to play the position and run the team. Every one of them was a big-time winner. And they reliably can make an open jumper.”

Flynn’s breakthrough came as as senior at Bellarmine Prep in 2015-16. Physically, he went through a substantial growth spurt. And on the court, he was simply unstoppable, averaging 29.7 points per game while shooting 48 percent from the floor.

Named WIBCA’s Class 4A state player of the year, Flynn signed with Washington State University where he spent two seasons leading the Cougars.

By 2018, Flynn knew he wanted a change of scenery, and transferred to SDSU over Creighton and Gonzaga, and spent the next year sitting out due to NCAA transfer rules.

“The sit-out year, for me, was probably the most important year of my life, to be honest, just getting better, getting stringer in areas I needed to,” Flynn said.

Even during that redshirt season in 2018-19, Flynn admitted it was “in the back of my head” to spend one valuable season with the Aztecs, then make a play for the NBA.

It was also the season he really worked on his overall strength. Even though he had lost a few of pounds since playing at WSU, overall he felt better-suited to take the pounding of big-time basketball.

“I remember Dutch (SDSU coach Brian Dutcher) telling me, ‘I cannot wait until he is eligible because I am tired of him killing everybody,'” said Eric Flynn, Malachi’s father. “In practice, he was making life miserable for everyone.”

Last season, it was like pulling back the curtain on Flynn’s vast ability as an impact point guard: He averaged 17.6 points, 5.1 assists and 4.5 rebounds in 33.5 minutes per game for the Aztecs, and was named the Mountain West Conference player of the year.

“I’ve always been under the radar, even as a kid, and in high school,” Flynn said. “No matter where I’ve been, I haven’t been talked about as much. When we started winning, they had to show us some attention. And some of that came off on me, too.”

Unfortunately, because of the COVID-19 pandemic, Flynn never got an opportunity to play in the NCAA Tournament, which was canceled in March.

And after he declared for the NBA Draft in April, Flynn returned to Tacoma to work out six days a week with longtime skills trainer Mark Caesar, who has also instructed other NBA players, including God Shammgod, Dejounte Murray and Wroten.

Caesar sees Flynn as a natural fit into an NBA system that features the pick and roll, or pick and pop.

“He is very patient as a point guard,” Caesar said. “He can come off the screen and shoot at a high level in the NBA.”

Up until early October, Flynn participated in a low-key NBA combine at the Impact Basketball facility in Las Vegas, playing against other draft hopefuls while going through interviews with franchise executives.

That is when his NBA Draft position solidified as a mid- to late first rounder.

“I am excited,” Flynn said. “There are a lot of teams I feel like I could come in and contribute for. It is a matter of seeing what happens, and when it does, being ready for the opportunity.”