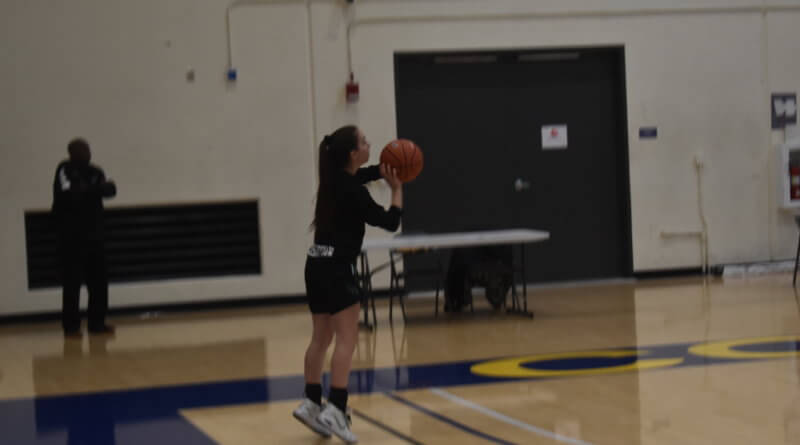 The 2021 high school basketball season in Washington is scheduled to start at the end of the year.

Though doubt surrounds when and if the season will start in its already-delayed form due to to state-issued COVID-19 guidelines, players around the state have worked hard to prepare for the possibility.

It’s been a while since this state has seen a back-to-the-basket, either-hand playmaker with Bergstrom’s level of skill. And the Cal Poly commit (14.1 ppg, 8.1 rpg) is ready to lead this group to a 4A GSHL title – and beyond.

With one goal squared away (verbal pledge to Montana State), all that is left for the reigning 4A state player of the year (22.2 ppg, 8.4 rpg) is to lead her team to the promised land of championships – wherever that may be.

With Tiarra Brown graduated, this is Morales’ team moving to 4A. The 3A PCL offensive player of the year (22.1 ppg, 3.0 apg, 2.3 steals) zig-zags through any defense to make plays. Pledged to Portland State.

Last season’s sophomore-year jump (13.0 ppg, 7.3 rpg, 5.2 apg, 2.8 steals) was remarkable as she emerged as one of the state’s best (and craftiest) point guards. If she takes another big step, watch out.

If there’s an odds-on favorite for this honor in 2021 – it would be this Oregon State signee (27.2 ppg, 9.3 rpg), whose all-around scoring prowess is unmatched in the state. She’s a consensus top-10 recruit nationally.

She’s worked hard in the offseason on her game – and her fitness. If that carries over to the season, Johnson (20.0 ppg, 11.0 rpg, 1.5 blocks) could arguably be the best face-up and back-to-the-basket center at this level.

If the Panthers make a move toward the top of the Metro League in 2020-21, this all-league first teamer (14.3 ppg, 7.0 rpg, 2.2 steals) will likely be leading the charge. Her energy is contagious, and her work rate is unmatched.

She has won a gold medal in international basketball, but never reached the postseason. That could change in a wide-open 3A GSHL, allowing this multi-faceted standout (14.1 ppg, 4.6 rpg) to show off her vast skill.

What a high school debut for the Metro League MVP (14.3 ppg, 5.7 apg, 5.4 steals). As she gains more experience, her production will surely climb – and her NCAA Division I scholarship offers will certainly skyrocket.

It all came together so quickly in the final few weeks for the 3A KingCo’s upstart program. Smith (10.7 ppg, 4.5 apg, 3.0 steals) was the biggest reason behind it as an unfazed ball-handler and heady decision-maker.

Point guard Hailey Hiatt was the Eagles’ all-state standout in 2019-20 – but Villa (8.9 ppg) is the program’s highest-ceiling player. After a breakout summer, she will likely be the one that dominates the 3A Wesco.

You could make a case that Walton (15.0 ppg, 12.0 rpg) was the Crusaders’ most consistent playmaker in the postseason – and should pair with Samuels to form the Metro League’s most dynamic duo.

The 2A EvCo first-teamer (12.3 ppg, 7.0 rpg, 2.7 blocks) is arguably the top in-state recruit in class of 2022, and the sweet-shooting wing did nothing this summer to hurt that stock. Dynamite playmaker.

All-state wing player is one of the classification’s top shooters – and best entrepreneurs. She gives the program’s up-and-coming waves of talent a steady performer and reliable leader.

Very few point guards in the state showcase her level of athleticism, and the all-state performer (16.3 ppg, 8.0 rpg, 2.9 apg, 2.0 steals) really put on a show last March at the 2A tournament.

A natural combo guard, she shifted over to play point guard full-time when the Knights lost Jada Wynn early in the season. The Lafayette signee (12.0 ppg) will return to her natural position – and make a bundle of 3-pointers.

A two-sport standout, her future path is likely volleyball. The all-1A Northwest first teamer (8.1 ppg, 10.2 rpg, 4.0 blocks) brings that leaping ability to basketball, too – especially on the defensive end.

How is it that a two-time all-state performer with Hull’s credentials still operates under the radar? It’s because the Boise State signee just goes about her business as an inside-outside slayer (14.6 ppg, 12.0 rpg).

She has burst. She has wiggle. She has skill. And the all-state floor general (10.0 ppg, 3.5 rpg, 3.5 apg, 3.0 steals) and recent Wyoming signee now has a bigger role for the defending Class 1A champions.

This Syracuse signee is on pace to set every scoring record in Washington history. Last season, the 1A Nisqually MVP (34.9 ppg, 7.1 apg, 4.7 rpg) fired away from well past the 3-point line. She has 2,491 career points.

You want a glimpse of the top high-flying athlete at this level? Look no further than Gardner (23.3 ppg, 9.1 rpg, 7.6 steals), who has so much lift in legs, she can play even with the rim. A highlight-reel show.

In terms of being a two-way threat, there isn’t any better in 2B than this two-time all-state guard, who can score (21.9 ppg last year) at will, and is a thorn in the side of other great scorers in the state.

Ultra-competitive Oregon State soccer commit (15.6 ppg, 2.4 apg, 2.4 steals) shows no mercy on the basketball court, either. With more ball-handlers in fold this year, she’ll be freed up to roam – and attack – more on wing.

With their group of underclassmen, the Cougars would have still been one of the better teams in 1A. Now they might rule 2B, and are led by this reigning 1A South Central MVP (15.0 ppg) who can do it all.

Even though the two-time 1B Greater Columbia player of the year (14.5 ppg, 9.0 rpg, 5.0 steals) can play all five positions, she is needed most directing the floor with the ball in her hands. Fantastic passer.

Missing much of last season recovering from a serious knee injury, Severs was not quite herself in the state playoffs off the bench (11 points in three games). Now healthy, she can resume being a dynamic playmaker.

The mostly-underclassmen Vikings surprisingly reached the 2B tournament last season. Now in 1A, they were instant state contenders, and Torrey (12.4 ppg, 6.1 rpg, 4.8 apg, 4.5 steals) is the gym-rat leader that sets the pace.