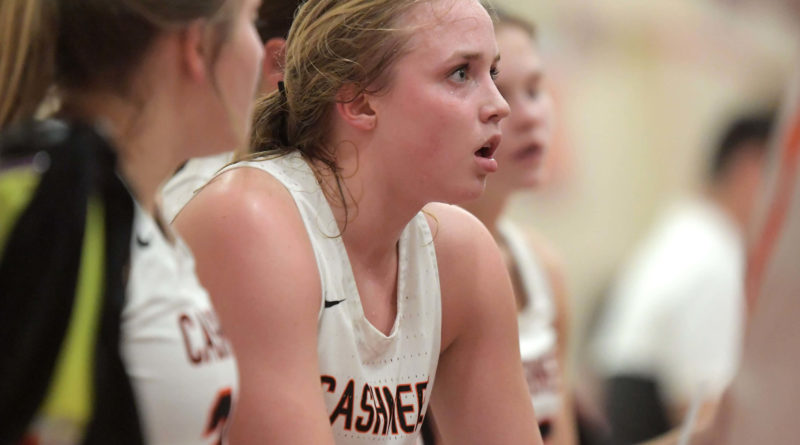 More than eight months have passed since the 2020 Washington state girls basketball championships — the last high school sports event to take place before the COVID-19 shutdown.

While high school sports remain on hold in Washington, many of last year’s seniors are preparing to compete on a bigger stage in college.

WHERE ARE THEY NOW?

COLLEGE: Noble is playing Pac-12 college basketball at the University of Washington.

The 2019-20 Greater Spokane League player of the year is the consummate do-everything contributor – on both ends of the floor. Now enrolled at the UW, Noble will get an opportunity to contribute right away after the team lost junior guard Missy Peterson for the upcoming season with a serious knee injury.

COLLEGE: Daniels is playing Pac-12 college basketball at the University of California Berkeley.

COLLEGE: Fiso is playing Big Ten college basketball at the University of Michigan.

COLLEGE: Van Lith is playing college basketball at the University of Louisville.

After sweeping state player of the year honors for every media outlet — and leaving as Washington’s all-time leading scorer (2,994 points) — Van Lith was on an airplane to Kentucky (and videotaped her adventure on social media). Even with a group of talented playmakers in the fold, including reigning ACC player of the year Dana Evans, Van Lith is expected to be a contributor right away at Louisville as a true freshman.

Maisie Burnham, Liberty of Spangle (Player of the Year)

The talented guard, who also was SBLive WA’s 2B athlete of the year, is enrolled at the college down the road in Cheney. And the Eagles have big plans for Burnham – in a variety of roles. “Maisie is a jack of all trades on the court and embodies the toughness we want to play with. She will bring not only a great basketball skillset, but she is also a phenomenal student and leader,” EWU women’s coach Wendy Schuller said.

COLLEGE: Dixon is playing college basketball at NAIA University of Providence in Montana.

The 1B standout who lists another small-school great (Reardan’s Kelsey Moos) as her favorite player will now get a chance to tear up the NAIA ranks. She comes into Providence as the only incoming post player in the 2020 recruiting class. Dixon was selected as SBLive WA’s 1B athlete of the year, too.