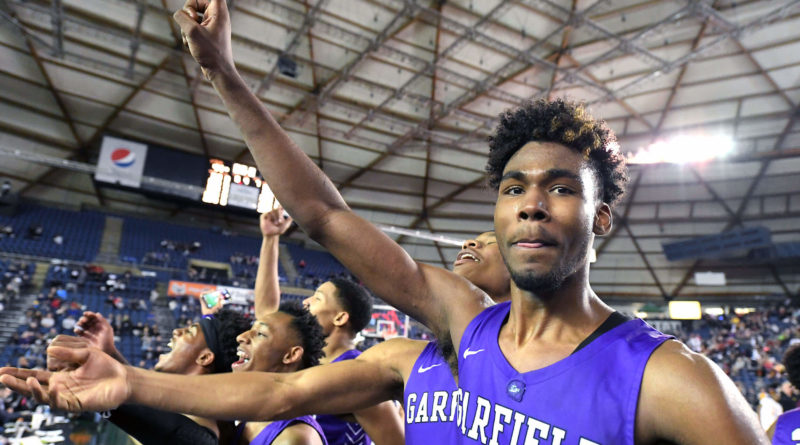 While high school sports remain on hold in Washington, many of last year’s seniors are preparing to compete on a bigger stage in college.

Here’s a closer look at where the seniors on our 2019-2020 all-state boys basketball teams are now:

WHERE ARE THEY NOW?

In Mount Si’s run to its first state title since 1977, Mullins played facilitator, floor general, scorer and defensive stalwart. The 6-foot-6 guard takes those skills to Randy Bennett’s system in the WCC — a team that is looking for an effective guard to replace Jordan Ford.

COLLEGE: Toolson will play college basketball for BYU after serving his LDS mission.

COLLEGE: Simmons is attending Gonzaga but not playing basketball.

Though certainly capable, Simmons elaborated on his thought process about finishing his basketball career in high school in April.

COLLEGE: Eason is playing college basketball at the University of Cincinnati.

Eason was perhaps the brightest star at the state tournament, leading Garfield to a 3A state title. He’s figured into a strong freshman class at Cincinnati, which competes in the AAC. “(Eason) is really long and athletic, and his wingspan can surprise you sometimes in practice,” Bearcats center Chris Vogt told The Cincinnati Enquirer.

The big scoring guard led North Kitsap to a 2A state title in March, alongside his brother Kobe McMillian, and committed late to NAIA Eastern Oregon after the tournament.

COLLEGE: Caffrey is playing college basketball at Pepperdine as a walk-on.