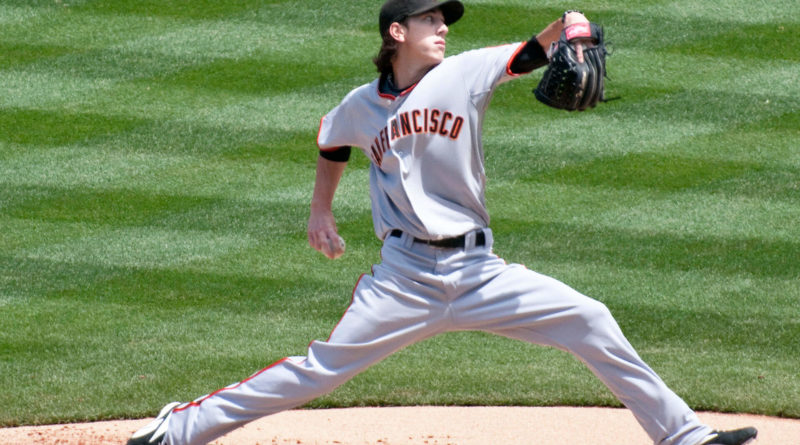 Last week, former Shorewood High School pitching phenom Blake Snell came within one game of claiming a World Series title (if they left him in … maybe a Game 7) with the Tampa Bay Rays.

Which brings up a topic — who are the five best baseball players with Washington high school ties to ever win a World Series championship?

A few of the area’s veteran big-league writers were polled. The criteria for the rankings are a combination of what the player did in high school, college (if they went that route) and during his professional career leading up to winning a title (or titles):

Skinny: Although he did not have the extended big-league career as the rest of the guys on this list – there’s only been one “Freak” who has dominated on the mound. And for a four-year stretch (2008-11), Lincecum was as good as any ace pitcher in major-league history – a four-time National-League All-Star, a three-time NL strikeout king, a two-time NL Cy Young Award winner and the 2010 World Series title. And during that 2010 postseason, he threw a complete-game, two-hit shutout against Atlanta in his debut playoff appearance in the NLDS. Lincecum won two games in that World Series, including the clinching victory in Game 5 (eight innings, one earned run, 10 strikeouts) over Texas. During the team’s run, he set franchise marks for postseason wins (four) and strikeouts (43) by a right-handed pitcher. By 2012, injuries began taking a toll. But he did throw two no-hitters, and was part of two more world championships before signing a free-agent deal with the Los Angeles Angels in 2016. In his 10 MLB season, he won 110 games with a career 3.79 ERA. Before that, Lincecum was the state player of the year after leading Liberty to the Class 3A state title. And at the UW, he won the 2006 Golden Spikes Award as college’s top player (12-4, 1.94 ERA) – the only Husky to ever receive that honor.

Skinny: All he did was provide consistent production throughout his 17-year major-league career without the spotlight. In fact, he sits third all-time for Washington state natives in Wins Above Replacement (WAR) at 58.14, according to Baseball Reference (and tops among non-Hall-of-Fame inductees). The two-time American League All-Star first baseman was a stalwart in the batter’s box (career .398 on-base percentage) and in the field (career .995 fielding percentage). And his breakout season came during the Blue Jays’ second run to the World Series in 1993. That year, Olerud led the league in batting average (.363), on-base percentage (.473) and doubles (54) – and placed third in the MVP voting. And in the World Series, it was Olerud’s solo home run in Game 1 that broke a 4-4 tie in the seventh inning, and got Toronto rolling to a six-game victory over Philadelphia. In 1998, he was traded to the New York Mets, and set franchise records for batting average (.354) and on-base percentage (.447), and lost out on the NL batting title to Colorado’s Larry Walker on the final day of the season. He returned home as a free agent, and was part of Seattle’s historic season in 2001 in which the M’s tied a big-league record with 116 victories as an All-Star selection. Before his pro career, Olerud was arguably the greatest two-way baseball player in college history at WSU, going 15-0 with a 2.49 ERA as a pitcher, and hitting hit .464 with 23 home runs as a sophomore in 1988. Two years prior to that, he led Interlake to the 3A title.

Skinny: This big left-hander from Tacoma had pedigree (MLB first-round pick). He had a live arm with a wipeout curveball. He had mound presence. And ultimately, Lester helped wipe away one of the longest streaks of world-title futility in professional sports. A five-time All-Star selection, Lester returned from an early-career battle with lymphoma to help the Red Sox win the 2007 World Series. He won Game 4 against Colorado, pitching five-plus scoreless innings to become the third pitcher ever to clinch a world title in his playoff starting debut. After that, he won at least 15 games in six of the next seven seasons (which included his only no-hitter in 2008). In 2014, he signed a free-agent deal with the Cubs – and two seasons later produced arguably his best season (19-5, 2.44 ERA), finishing second in the National League Cy Young Award voting. He won three games in that postseason, and was named the MVP of the NLCS. And he made three World Series pitching appearances, including in relief in the clinching Game 6 against Cleveland that was the franchise’s first world title in 108 years. Lester just completed his 15th season, and his 44.6 WAR is sixth all-time among Washington products – and tops as a pitcher (so are his 193 career wins and 2,397 strikeouts). At Bellarmine Prep, he was the state Gatorade player of the year in 2000.

Skinny: Another Tacoma native, Cey wasn’t fast (nicknamed “The Penguin” for his waddling running style), or didn’t have the high-average batting acumen (career .261 MLB hitter) of his contemporaries. But, man – he came up clutch in big moments. A three-sport standout in high school, Cey played one varsity season with the Cougars before being selected by the Dodgers as a third baseman in the 1968 amateur draft. And he became part of one of the organization’s all-time great infields with Steve Garvey (first), Davey Lopes (second) and Bill Russell (shortstop). A six-time National League All-Star selection, Cey helped lead Los Angeles to three NL pennants, and was a consistent source of power hitting for the team with six consecutive seasons of 20 or more home runs. That strike-shortened 1981 season was the year Cey and company finally broke through for the team’s first world championship in 18 years. Cey led the team during the regular season with 13 home runs, but missed the entire NLDS against Houston with an arm injury. He returned in the NLCS against Montreal – then delivered the biggest hit for the Dodgers in the World Series. Down 2-0 to the New York Yankees, he hit a three-run home run off Ron Guidry in the bottom of the first inning that got the Dodgers rolling to a first win. He hit .350 in the six-game series with six RBI, and accomplished something no Washington player has ever done – win a World Series MVP award. After being traded to the Cubs, he led them to the 1984 NL East crown. He is No. 4 all-time in the state in WAR (53.76) in his 17 seasons.

Skinny: He was known as the second “Earl of Snohomish” back home to Hall-of-Fame idol Earl Averill. But on the road, in his 15 big-league seasons, Torgeson was as wildly intense of a competitor as they come. At 17, he gave up football and signed to play baseball with the Seattle Rainiers in 1941, only to have his professional career interrupted by a military service stint in World War II. Torgeson returned to debut with the Boston Braves in 1941, and quickly established himself as one of the best on-base percentage first baseman in the majors (and often eliciting comparisons to the great Ted Williams). He also had quite a temper, and was in the middle of brawls all the time as a dugout enforcer (all while wearing glasses). And while he never grew into his vast power-hitting potential, he had seven seasons in which his on-base percentage was .400 or greater. By the time he entered his last MLB season in 1961, he was a part-time player with the Chicago White Sox, who traded him to the New York Yankees in June. By then, he was well past his prime as a hitter – and a late-season slump prompted the Yankees to leave him off the postseason roster (but he received a World Series ring). He was one of four Washington natives to take 900 or more bases on balls for his career – and his 33.0 WAR is sixth all-time among in-state products.