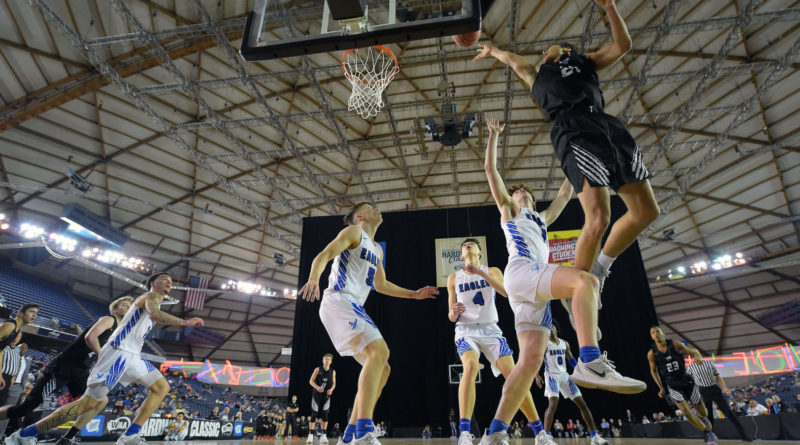 Will high school sports in Washington start in December? The picture will soon be much clearer.

On Monday night, the WIAA executive board approved a timetable that requires 50 percent of schools in each of its designated regions to meet the COVID-19 requirements set by state health officials in October in order for a season to start on time. Sports that do not meet the requirement must be moved to a later season.

The board also decided that each season will end with regional championships — not a state title. WIAA Executive Director Mick Hoffman told SBLive Tuesday that decision was largely influenced by updated guidelines released by the state Governor’s Office in early October as well as school district skittish about travel. The idea was to minimize travel as a means to limit potential transmission from COVID hot zones to lower-impacted areas.

“Doing a regionally it allows some tournaments to continue, while others may not,” Hoffman said. “The whole tournament is not dependent on any one part of the state. But more importantly, we’re honoring those requests for the recommendation to not have overnight travel for students.”

The executive board consolidated the state’s nine regions into three: Districts 1 and 2, Districts 3 and 4 and Districts 5 throughout 9.

The news comes nearly eight months since the last sanctioned high school sports event before education-based activities were sidelined due to the pandemic. It also comes less than a month after the Washington state Governor’s Office and the state Department of Health released new return-to-play guidelines that hinge on 14-day COVID-19 case rates and the percentage of positive tests administered.

If fewer than half of the schools reach the COVID benchmarks, the board says it will move the sport to a different season. Once a season begins, it will not be suspended or halted, though if the eligible teams threshold dips below 50 percent, the regional championships will be local tournaments —not WIAA-recognized.

Otherwise, games will follow return-to-play protocol, which are being following in various forms in around 35 states at the moment where schools may have to cancel games on a whim due to a positive COVID test.

“You might have to reschedule matchups, you might have byes in the bracket,” Hoffman said. “None of those are good, but keep moving the tournament forward. Because what we know is, until there is a vaccine, the virus isn’t going away. Get in what you can give it and give as much opportunity as possible, with the understanding that it’s far less than ideal.”

WIAA staff will send all schools an update showing what percentage of schools are eligible. Sports that don’t meet the 50 percent threshold will be told which season it may be moved too.

Sports schedules are all but finalized. Regions can at this point choose if they want a sports to move forward or be moved. Once a season is started, it will continue without suspension.

Practices for the first high school sports season since the COVID-19 outbreak are scheduled to start, if benchmarks are met.

HERE ARE THE STATE’S MOST UP-TO-DATE COUNTY NUMBERS

HERE IS THE WIAA’S UPDATED PROCESS FOR APPROACHING SEASON SCHEDULING