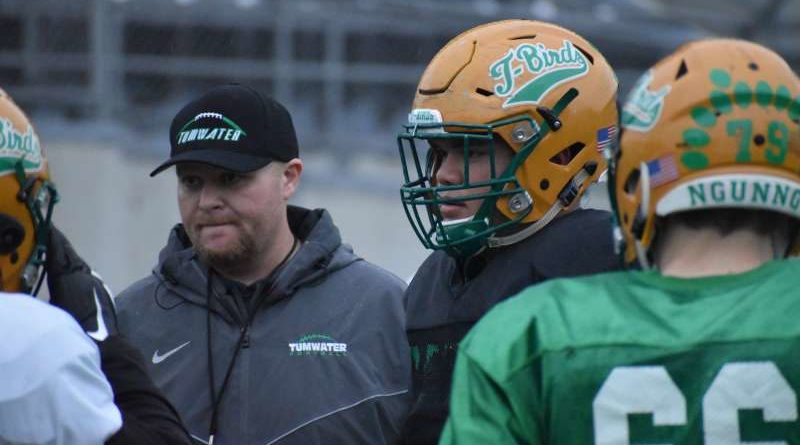 Jacob Schuster knows a lot about unrelenting wind and rain playing football for the reigning Class 2A champion Tumwater Thunderbirds.

But in arctic temperatures only polar bears can enjoy? And around so much snow, you can build three-story igloos?

Yes, that is the life that Schuster has chosen in his next chapter.

Schuster, a four-star defensive tackle and the No. 10 recruit in a loaded in-state class of 2021, gave a verbal pledge to play at the University of Minnesota.

He informed the Golden Gophers coaching staff Oct. 23, then announced his decision in a short promotional video on social media.

California and Stanford were his other finalists.

One big bonus was that Schuster was able to visit the Golden Gophers campus in late September.

“That was a big key getting on campus – and getting a feel,” Tumwater coach Bill Beattie said. “He liked it back there.”

Last season as a junior, he led the Thunderbirds with 26 tackles for loss, and was named the 2A Evergreen Conference player of the year.

Schuster was also selected on SBLive WA’s all-state first team – and has repeatedly been a top-100 member as well.

The 6-foot-2, 305-pounder is big and quick enough to play inside or outside.

“The thing they liked about him – he can move around the defensive line,” Beattie said. “He is not your prototypical defensive end … but he fits what guys are looking for. Regardless of what kind of defense you run, you can find a spot for him.”