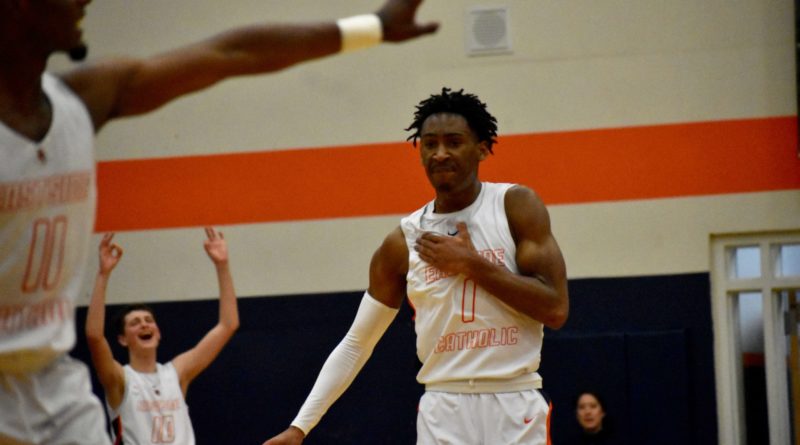 Nowell announced his commitment on Instagram with a heartfelt video tribute to his father, Mike Nowell, who died in 2015 at 46 years old after a long battle with cancer. To Nowell, basketball and his father were often synonymous.

“Every time I would just look over and I would see his face and he’d be smiling,” Nowell said in the video.

Nowell is regarded as a four-star recruit. ESPN ranks him as the No. 65 ranked player in the nation in the class of 2021. 247 Sports lists him as No. 85. Last season, SBLive designated him as the 16th most impactful high school basketball player in the state of Washington.

Credit, in part, Nowell’s pledge to the desert powerhouse to Seattle native, former Franklin standout and longtime NBA vet Jason Terry, who returned to the program he once starred at in late May as an assistant coach.

At 6-foot-5, and a lean 190 pounds, Nowell can do a little bit of everything. Growing up playing on one of Seattle Rotary’s more heralded groups, he often took a back seat in scoring to the likes of Duke commit Paolo Banchero, Kentucky-bound Nolan Hickman, J.T. Tuimoloau, among others. His court vision, rebounding ability as a big guard and lock-down defense have been the separator.

“Going into his sophomore season, I told him he was one of the rare players that could control a basketball game without scoring,” Eastside Catholic coach Brent Merritt told SBLive Friday

When his team needed him to, Nowell showed the ability to take over games.

That’s what made him invaluable to the Crusaders’ first Metro League regular season title run in 2020, and subsequent playoff run, which ended in the 3A state semifinals.

He also played a big role in the Crusaders beating Oregon power Jefferson, national power Bishop Gorman (Nev.) and going toe-to-toe with Mater Dei (Calif.) in the Les Schwab tournament finals. In a 3A regional round overtime win over Mt. Spokane, Nowell erupted for 28 points.

Nowell is the younger brother of Minnesota Timberwolves guard Jaylen Nowell, who starred at Garfield and went on to win Pac-12 player of the year at Washington.

He’ll be the second athlete from last year’s Eastside Catholic team to commit to a power five school, joining Nolan Hickman, who made a verbal pledge to Kentucky in August. Hickman transferred to Wasatch Academy in Utah for his senior season.