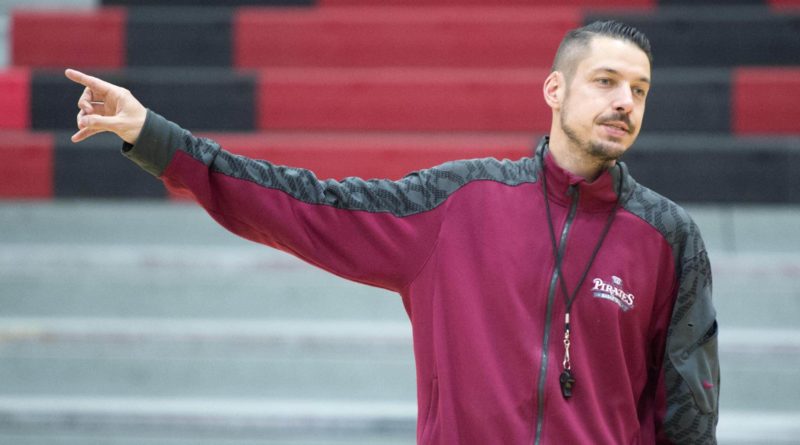 Who is the best shooter in Mercer Island High School basketball history?

Matt Logie. At least, according to Montana head coach Travis DeCuire, who starred at Mercer Island High School in the late 1980s.

Logie, of course, is now the head coach of Division II Point Loma Nazarene and the grandson of the late Ed Pepple, longtime Mercer Island coach who died in September. Pepple is the winningest coach in Washington high school basketball history.

And Logie came up through the program under the tutelage of his grandfather. Before he was in high school, he was a ball boy. After starring at Mercer Island in the ’90s, Logie went on to cement himself in the Lehigh University record books as the school’s all-time leader in 3-pointers made (262) and free throw percentage (90.7 percent).

On Friday’s episode of The Iso podcast, Dan Dickau asked DeCuire who his alma mater’s best shooter of all time is. Here is what he said:

“He’s Pepple’s grandson. So I show up in ’85 and he’s our ball boy. And he lived in the gym. Every day. And I remember preparing for games, and he’d be out there rebounding for us, sneak in a couple shots. I returned as an assistant coach. We won state, I believe it was his sophomore year. We win the championship and we played O’Dea in the semis and Logie might have made 12 to 15 consecutive free throws to win that game. And I believe to this day, he’s still Lehigh’s all-time leading 3-point shooter, percentage as well. So he’s got a lot of stats behind that rep. But I’m sure he just wanted to hear someone say it.”

Listen to the full episode here: