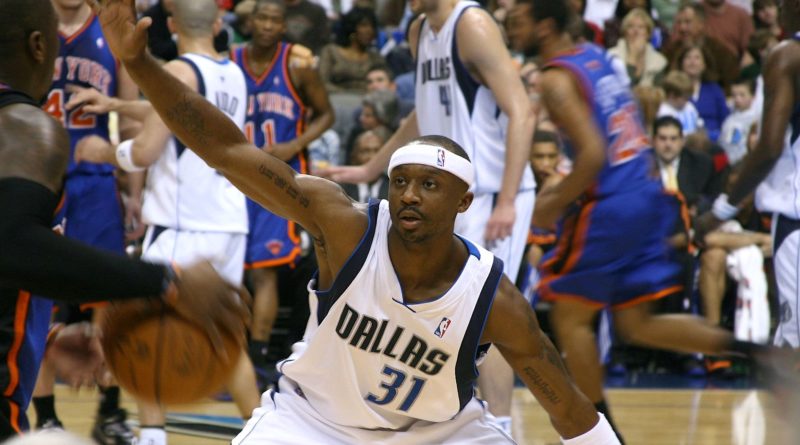 Two weeks ago, the Los Angeles Lakers won their record-continuing 17th NBA Championship — and former Bellarmine Prep standout Avery Bradley is one of the players who will receive a ring.

Which begs the question – who are the five best basketball players with Washington high-school ties to ever win an NBA Championship?

Four SBLive Washington reporters, including former NBA player Dan Dickau, were polled. The criteria for the rankings are a combination of what the player did in high school, college and during his professional career leading up to winning a title (or titles):

Skinny: Nicknamed “Buddha” for his stone-faced appearance (and Fu Manchu mustache), Edwards was one of the famed “Bad Boys” of those beast-from-the East squads with the Pistons. Not a prolific scorer (averaged 12.7 points), the 19-year NBA veteran center was a low-minutes, high-impact enforcer around the rim. He played for eight franchises, and eventually finished up with a final NBA Championship with Michael Jordan and the Bulls in 1996 at age 40. An all-state post player in high school, Edwards was an All-American with the Washington Huskies, leading them to their first NCAA Division I tournament berth (1976) in 21 years.

Skinny: When it came to playing on the biggest stages, Terry was always front and center – first in high school (back-to-back state titles in 1994, 1995), then in college (won NCAA Division I title in 1997) and finally in the NBA (won world championship in his 12th season). And in the 2011 NBA Playoffs, Terry was instant impact as the Mavericks’ backup point guard – and sixth man. He scored in double figures in 18 of the team’s 20 playoff games, including all five games in the NBA Finals against Miami. In the clincher, “Jet” had 21 points, six assists and four rebounds in 30 minutes off the bench. Terry played 19 seasons, and was the NBA’s “Sixth Man of the Year” in 2009. He was hired in May as an assistant coach at Arizona.

Skinny: The Wenatchee native wasn’t just known as a clever scorer, but he was also a big-man agitator who played both of the biggest pivot positions during the Celtics’ early years of NBA dominance. In college, Nichols achieved the rarest of feats – being named an all-Pacific Coast Conference first-team performer for five seasons (while training with the U.S. Marine Corps). As a senior with the Washington Huskies, he set both school and conference single-game (39 points) and single-season (1,070 points) scoring marks before being the 12th pick overall in the 1948 NBA Draft by the Washington Capitols. In fact, his coach in Washington – Red Auerbach – liked him so much, he traded for him while with the Celtics early in the 1953-54 season. During the 1957 playoffs, Nichols came off the bench, but played in every game of Boston’s seven-game championship series triumph over St. Louis. Eventually, after the arrival of Bill Russell, Nichols lost his roster spot – and later became the team dentist at the UW.

Skinny: Who knows how good Conley would have been if he had concentrated on just one sport – but the power forward was good enough to team up alongside Bill Sharman, Bob Cousy, Tommy Heinsohn and Bill Russell for a run of NBA greatness. Now Conley wasn’t a star on any of those teams – the most he averaged in any of the championship seasons was 6.7 points in 18.7 minutes (1960). But none of Boston’s big names had won a World Series title as a pitcher a few years earlier, either (1957 with Milwaukee). After that final NBA title in 1961, Conley returned to the big leagues in baseball – then spent his final two seasons in the NBA with the New York Knicks. An all-state performer in three sports, Conley led the Richland Bombers to the state boys basketball championship as a senior in 1947.

Skinny: Even though he did not play in the NBA Finals, this shooting guard makes the list based on what he gave the Lakers in 44 starts – terrorizing on-ball defense. After spending the 2019 season in Memphis, Bradley signed a two-year deal to join the Lebron James-led Lakers. At the time in June in which he opted out due to COVID-19-related concerns for his family, Bradley averaged 8.6 points per game in 24.2 minutes. At the time of his departure, the Lakers were the No. 1 seed in the West – and they went on to defeat Miami in six games in the championship series. The 6-foot-3 guard was mature well beyond his years, starting in high school when he would defend much bigger players in the frontcourt as a ninth grader for Bellarmine Prep. He ended up transferring to Findlay Prep, and was the 2009 McDonald’s All-American Game slam-dunk champion before heading off to Texas for one season. His first seven seasons in the NBA were spent with the Boston Celtics, going to the postseason five times.