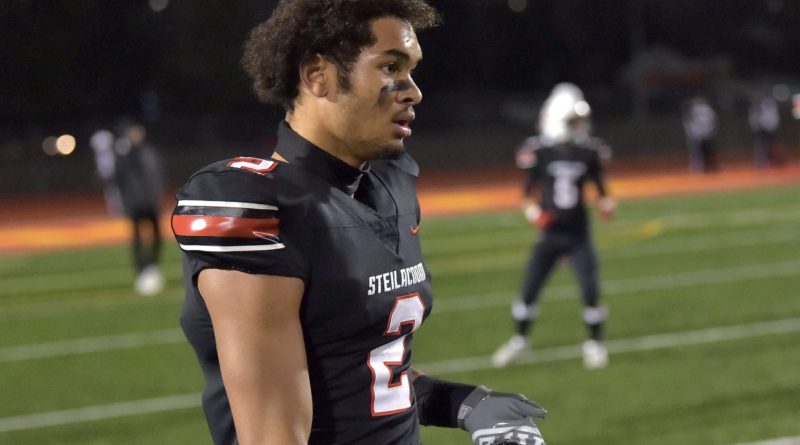 In a press release Tuesday morning, NBC Sports executives said, “Due to the environment we find ourselves in, and with the health and safety of our All-Americans and their families our first priority, we have made the extremely difficult decision to not play this year’s All-American Bowl.”

The game was slated to be held (and aired live on NBC Sports) on Jan. 9 in the Alamodome in San Antonio, Texas.

And this was arguably the best group of in-state products to be selected for the West team:

* Tuimoloau is the No. 1 prospect in the country as a defensive end, according to 247sports.com. He is still uncommitted, but has Alabama, Michigan, Ohio State, Oklahoma, Oregon, Washington and USC as his finalists.

* Egbuka is ranked No. 8 overall – and the best wide receiver recruit in the nation, according to 247sports.com. He is still uncommitted, but has Clemson, Ohio State, Oklahoma and Washington as his finalists.

* Huard is the No. 20 recruit in the country – and highest-regarded pro-style quarterback as well, according to 247sports.com. He has been a UW commit since last year.

* Simon is a top-150 prospect as an athlete (he will play linebacker at USC), according to 247sports.com. He is expected to enroll early with the Trojans.

Simon said he found out about the game’s cancellation through an email and video message to the All-American Bowl selectees from former NFL coach Tony Dungy – and also through a text message from one of the bowl organizers Tuesday morning.

Later in the day, Simon said the Ford Sports Performance guys invited to the All-American Bowl – all the Washington guys except for Egbuka, plus Oregon standout Keith Brown, California standout Troy Franklin and Nevada standout Mo Mataveo – jumped on a teleconference call to air out their frustrations.

“We all shared our opinions,” Simon said. “We were saying, ‘This is terrible, and not fair at all.’ We just aren’t getting a break on anything.

“Really, I don’t even know honestly. At this point, I am expecting nothing but the worst. It hasn’t gotten any better on this COVID thing. We really haven’t been doing anything to make the situation better, so I don’t think better things are going to happen.”

NBC Sports said it will air a two-hour special honoring its 2021 class of All-Americans on Jan. 2, which will feature the college-decision announcements of a handful of the uncommitted seniors.

Simon said he had not heard if there would still be All-American Bowl jersey presentations in the coming months.

One thing is still left on the table for this in-state quartet – the 2021 Polynesian Bowl, which is scheduled for Jan. 23 in Hawaii.

“My fingers are crossed on that one,” Simon said. “Not only will it be a great experience – it is Hawaii, and I’ve never been there – it will be my 18th birthday the day before the game.”