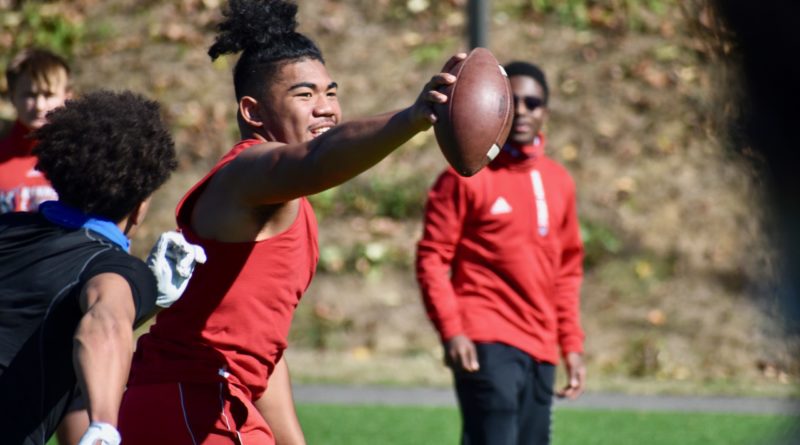 SEATAC — Milton Hopkins Jr. talks about his third self-organized 7-on-7 tournament called “the COVID 7s” and how it’s been fueled by the postponement of high school sports in Washington.

Watch him, along with Todd Beamer 4-star OL Malik Agbo, who officiated, and Fife senior linebacker Malakai Koke, who guest-played with Kennedy Catholic, talk about: