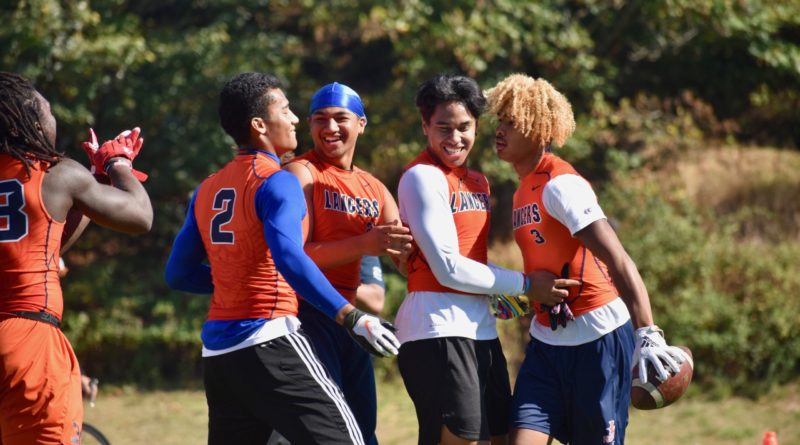 SEATAC — It took overtime and two video-reviewed calls to crown a champion of the student-run “COVID 7s” 7-on-7 passing league football tournament.

Lakes beat Kennedy Catholic on Sunday in an all-Lancer tournament finals, 28-27, in overtime when Kennedy went for two — and the win — and Arizona State-bound receiver Junior Alexander’s feet were deemed out of bounds on a corner endzone grab.

The now-recurring two-day tournament, held at Tyee High School, was organized and executed by O’Dea senior quarterback Milton Hopkins, with the help of several other football players from around the greater Seattle-area, while the fall high school football season has been postponed to the spring due to COVID-19.

Here are photos from the quarterfinals, semifinals and finals: