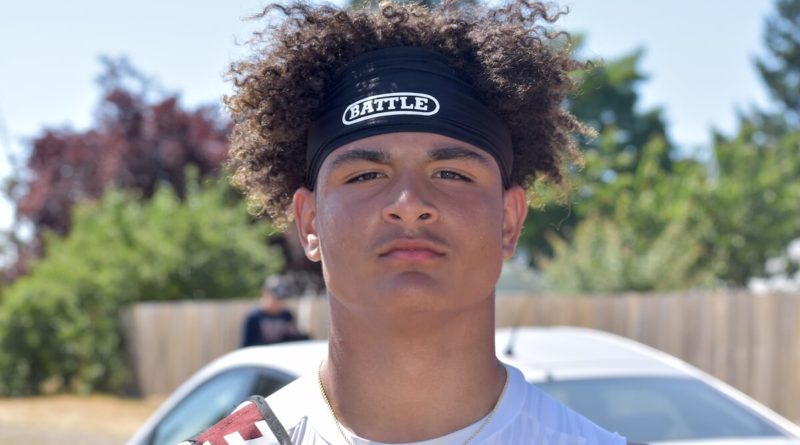 Chance Bogan’s father was told he would never walk again.

After suffering a stroke, Curtis Bogan Jr., a former Renton standout and University of Washington football player, defied the odds and is doing just that — walking. On Monday, his son announced to the world he’s following in his father’s footsteps. And he made sure the world knew how much his dad means to him.

Lincoln (Tacoma) junior Chance Bogan, a 6-4, 205 pound tight end, announced his commitment to the University of Washington in a video posted to social media where he is filmed holding up his father’s jersey outside of Husky Stadium.

National recruiting site 247 Sports designates the lumbering athlete as a three-star recruit. He held offers from Arizona State, Colorado and Oregon State, among others.

“Ever since I was young, I had people tell me I wouldn’t amount to anything,” Bogan said in his video announcement. “Ever since then, I knew I had to be better than the rest of the people around me, never let another man outwork me.”

At Wilson High School, where he spent his freshman and sophomore years, he was an all-3A Pierce County League selection as a sophomore, earning first team honors as a return specialist and second team offense. He transferred to Tacoma’s Lincoln High School in the offseason, joining group that includes several college-bound talents.

The apple doesn’t fall far from the tree.

Curtis Bogan Jr., who stood at 6-5, 210 pounds as a high school senior, was a Parade All-American selection in the early 1990s and a football/basketball/track three-sport standout at Renton High School, according to The Seattle Times archives.