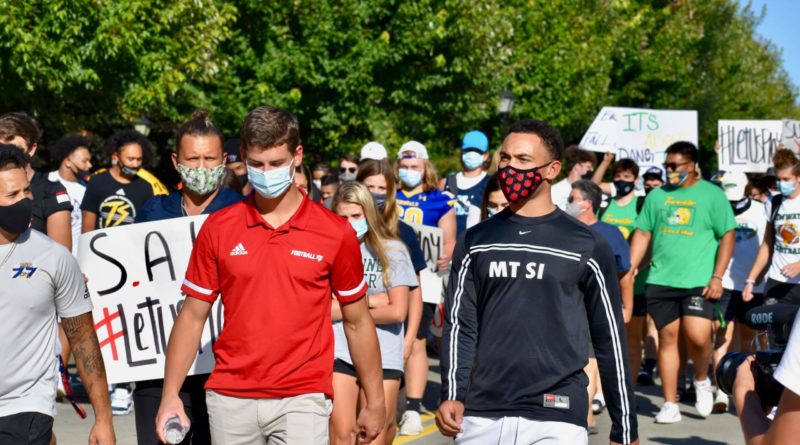 OLYMPIA — Some 150 athletes, coaches, families marched, many with signs, to the steps of the Washington State Capitol building on Thursday afternoon for a rally asking Governor Jay Inslee and the WIAA to resume the fall high school sports season.

Sam Huard (Kennedy Catholic), JT Tuimoloau (Eastside Catholic) and several more of the state’s most well known recruits — who call themselves the “Students of Washington” — spoke to the group, making a pitch to mitigate the potential ongoing negative impacts of the football season postponement due to the coronavirus pandemic.

The event, which came days after a petition for the cause garnered more than 28,000 signatures, was organized by Tracy Ford, CEO of Ford Sports Performance, a training center that develops some of the state’s top youth football talent. Ford facilitated the rally Thursday and served as the emcee.

Here are photos of the rally: