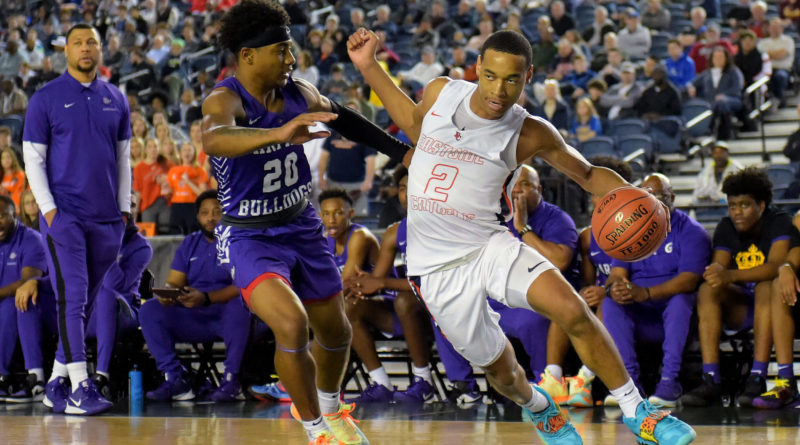 Now, the four-star recruit, who is among the top prospects in the state, will take that fight to one of college basketball’s most prominent powerhouses.

Hickman announced his commitment to Kentucky on Saturday on social media, choosing Big Blue Nation over the likes of Kansas, UCLA, Oklahoma, Arizona and Washington. But after seeing his recruitment take off after a breakout junior season, Hickman ended up making his pledge to the coach who watched him drop 36 points in a double-digit win over O’Dea in the Metro League tournament semifinals — UK’s John Calipari.

The announcement comes more than a month after Hickman transferred to Wasatch Academy in Mt. Pleasant, Utah for his senior season, citing the prep school’s national schedule and the uncertainty of the high school basketball season in Washington due to the coronavirus.

Had Hickman stayed in Seattle for his senior year, he would have been among top few high school players in the state. The state’s top-ranked recruit, O’Dea five-star forward Paolo Banchero, committed to Duke on Thursday. The two have played together in the Nike EYBL and grew up friends, and it’s sinking in to them that, after all these years playing together, they will be heading off to competing blue bloods.

Hickman, who plays for Seattle Rotary, has started at Eastside Catholic since his freshman year, but had a breakout junior season that followed a strong summer on the EYBL circuit competing in the nation’s most competitive club basketball circuit. The 6-foot-2 point guard is ranked as the No. 30 player in the class of 2021 nationally, according to 247 Sports. ESPN ranked him at No. 61.

Last season, Hickman broke through as one of the state’s most effective players with his tight handle, quickness on both ends and much-improved jumper. He made that jump, his coaches at EC say, because of how he refused to shy away from any competition or perceived challenge. As an eighth grader new to the program, Hickman challenged the Crusaders older, team-leading point guard Brock Mackenzie to one-on-one.

“I don’t shy down from no competition,” the soft-spoken, but authoritative Hickman told SBLive Washington in February. “Anybody can get it, I’m not scared of nobody. It don’t matter.”

When Calipari came to Seattle to watch highly-sought 2021 forward Paolo Banchero in the Metro semifinals, Hickman must have left quite an impression.

“36 in front of coach Cal,” Hickman told SBLive Washington afterward, smiling. “When the game was over I was like ‘wow, coach Cal is over there,’ I didn’t even know. It was dope, though.

Hickman was the state of Washington’s seventh most impactful basketball players as a junior in SBLive Washington’s postseason Top 50 after averaging 17.3 points, 3.4 assists, 3.7 rebounds and around two steals per game, while shooting 51 percent from the field as Eastside Catholic won its first Metro League regular season championship and won the 3A SeaKing district championship to head into the state playoffs with the 1-seed. The Crusaders lost to Garfield in the state semifinals.