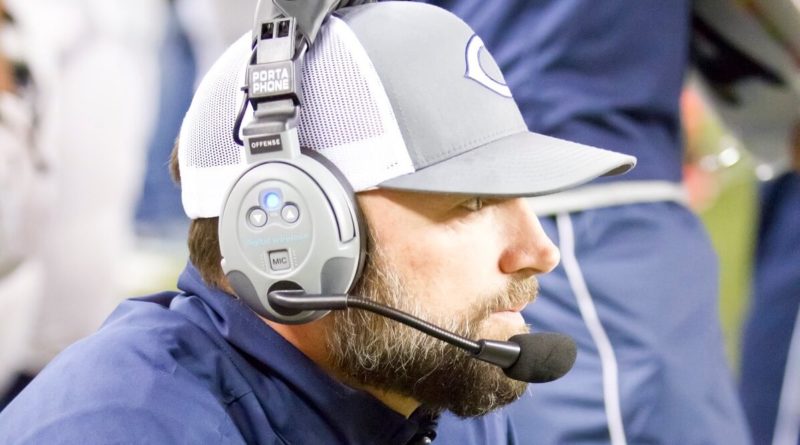 The pause button is on.

It is the middle of August, and preseason high school football camps were supposed to open all around the state of Washington on Wednesday – followed by season-opening games two weeks later.

None of that will happen now because of the impact of the COVID-19 pandemic. In fact, the WIAA has pushed the majority of sports’ seasons to 2021.

Who knows if football will really kick off at its next launch date in late-February?

SBLive Washington talked to four first-time coaches who were hired around the time when coronavirus cases began rising to the point in-person classes were cancelled, and all extra-curricular activities were shut down.

As these coaches wait to start up their programs again, they shared what they’ve learned and how they’ve handled taking over amid ever-changing times:

Every morning over the past five months, Bond has woken up with the same pit-of-the-stomach uneasiness.

And it has nothing to do with the high expectations of taking over for his hall-of-fame mentor at Chiawana – former coach Steve Graff, who stepped down in January after 37 years of coaching (23 as head coach), winning four state titles (three with Pasco, one with Chiawana).

No, this angst is caused by being idle.

“I tell my wife this every other day, with heavy breathing, I just don’t know what to do,” said Bond, a 1992 Pasco graduate who had been Chiawana’s offensive coordinator until being hired as Graff’s replacement in February.

“I don’t even know where to start, or what to say. It is crazy. Everything is shut down … and it is frustrating and crazy.”

Since COVID-19 has wiped out all opportunity for in-person football activity – spring ball and summer teams camps – Bond has stayed in contact with his players in the same manner many coaches have around the state. He has held virtual Zoom meetings, and has sent along emails and text messages.

One of the things Bond has been able to establish in the down time is a football leadership council as a way to give players more ownership of the program.

Initially, his plan was to have eight players, seniors to sophomores, to make up the leadership group. To apply, those teenagers had to write Bond a letter detailing their vision.

“I got 16 letters from kids,” Bond said. “And they were awesome – so good, I told my coaches we were going to have 16 players on the council, because they all brought something different.”

Bond said he’s also played a lot more golf than usual, and just returned from a week-long road trip with his wife, Darcy, to Yellowstone National Park. He also recently finished up a three-month landscaping project for his front yard.

You don’t have to be a head coach to know the usual 12-month calendar of high school football.

And yet, Ireland – who was promoted from defensive coordinator to become the Tigers’ fifth coach in the past half-century in late February – feels a little helpless at a time when programs are normally gearing up to begin their season.

“The three words I’ve said the most in the past five to six months – ‘I don’t know,'” said Ireland, a 1997 Lewis and Clark graduate.

The good of it is – Ireland knows the returning players. He ran the defense for the past three seasons.

And more good – once he was hired to replace retiring Dave Hughes, he was able to meet with 40 to 50 players over a two-week period during zero-hour weight training class.

But some of the bad – Ireland has hired three new assistant coaches that players have yet to meet in person.

“The (new hires) will make us a stronger program, and I would like to show them off,” Ireland said.

Ireland stays in constant contact with his players through virtual meetings, text messages, phone calls and by posting announcements on the team web page. But he admits he is often concerned about the well-being of his veterans.

“I am most concerned about my seniors, for obvious reasons,” Ireland said. “I can only imagine going into my 12th grade year, and had this happening. It rattles your identity.”

Last season, he was calling the plays for a Steilacoom High School offense that averaged 423 yards and 43.4 points per game as the Sentinels reached the Class 2A finals.

He is also a bundle of enthusiasm and positivity – something the Ravens must have liked when they hired him to be their new coach in April.

But, like other coaches, Herd is currently in a holding pattern.

“I had everything ready to peak on time, and then you get a wrench thrown at you like this,” Herd said.

The former Eastern Washington University wide receiver standout who was briefly in NFL camps with the Chicago Bears and Seattle Seahawks is also a very meticulous organizer – and the extended break has given him time to polish up the finer details for his new program.

“Come February, there is no excuse to not know what the program will look like from a structure standpoint,” Herd said.

Hired in the spring, Herd has not met with his players in person. But he has talked at length with former Ravens’ coach Marcus Yzaguirre, also an ex-coaching mate with Rise Football Academy, about his returning personnel.

“He obviously left me in a great situation, and has helped me with the transition, knowing what to expect, what to look out for – and even some of the thing he wished he’d done better,” Herd said. “That first week when I was hired, we must have had over 30 phone calls.”

But even after Zoom calls with his players, he knows the grim reality of being a new coach amid the coronavirus span.

“I am still somewhat a stranger,” he said.

“Relationships are not being built on the platforms we are trying to build them from. But everyone is dealing with the same thing right now.”

Having been a ballboy, an offensive lineman and finally an assistant coach at Lynden High School under the late legendary coach Curt Kramme, Olson took away two main points for his own program.

“Curt’s work ethic was second to none,” said Olson, who was hired to be in charge at Burlington-Edison in May. “And he also had an innate ability to identify a kid’s specific needs … and what motivated him.

“That is what it is all about – what teaching and coaching is.”

Olson has plenty of familiarity with this school. He’s been a teacher there the past four years. And he’s also been an assistant coach for the boys basketball team.

And you can tell Olson isn’t a sit-around type leader. In fact, he constantly brainstorms for new ideas for his program – now and in the future.

In fact, one of the projects he’s fostered has connected senior and junior student-athletes from all sports at Burlington-Edison – a leadership class via Zoom calls.

“It was great for those kids … to be around each other, and have that sense of normalcy back,” Olson said. “You could see their eyes light up again.

“The mental health of our students is a primary concern. And it’s more than just the athletes – as a teacher, I worry about my students on how to help them cope. I am always making sure the door is open, and that there is an avenue to communication so they can tell you how they are feeling.

In the down time, Olson said he’s played more golf, read more books and played in a Madden NFL video-game league with buddies.