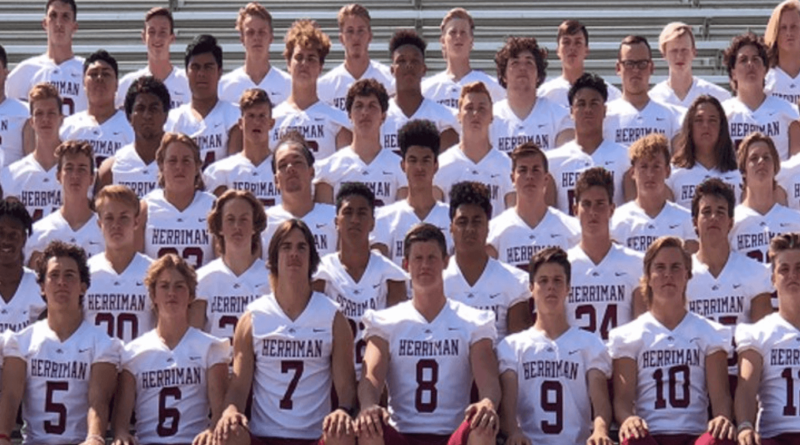 High school football is back — just in Utah, at least for now.

As high schools in many states across the country brace for the beginning of the fall football season, schools across Utah welcomed the country’s first slate of games on Thursday and Friday since the outbreak of the COVID-19 pandemic.

Utah high schools Herriman and Davis played the lone first game of the season on Thursday night. It was supposed to be one of two games that night, but the other was cancelled after three players tested positive for the coronavirus. Fifty games took place on Friday night across the state of Utah with no reported cancellations.

The scene on Thursday in Herriman, the small city with a population of roughly 22,000 located Southeast of Salt Lake City, gave Washington, and the rest of the U.S. a glimpse at what high school football returning may look like during a pandemic.

Fans were allowed with assigned seats and masks required. Stadium capacity was capped at 25 percent, and tickets were sold online-only and scanned upon entry, according to Salt Lake City TV station KUTV.

Players shared water bottles. When the home team took the field, in a video captured by The Salt Lake Tribune, a coach appeared to wear a face covering, while players did not under their helmets.

The announcer bellowed reminders over the loudspeakers for fans to remain in assigned seats and keep masks on and “the eyeball test shows almost everyone seems to be complying,” wrote Ethan Bauer of the Deseret News.

Davis beat Herriman 24-20 in the much-anticipated Thursday matchup. It got to take home a saran-wrapped trophy, as documented by Alex Vejar of the Salt Lake Tribune.

Washington is scheduled to start the high school football season on Feb. 17, play a seven-week regular season and three playoff games. The postseason format has not been set in stone, but the current schedule allows for a three-week playoff, which will likely be an eight-team format. Non-playoff teams will have the option of scheduling an eighth contest after the regular season, like a bowl game.

While school districts across the state of Washington are punting on fall sports altogether after the WIAA gave the option for low-risk fall sports to take place in counties in phase 3 or higher, more states around the country are bracing for the start of the football season under more relaxed coronavirus guidelines.

Washington is one of 14 states to postpone the fall football season, a decision made in late July that pushed all fall sports deemed moderate-to-high risk to 2021. On Friday, the Michigan High School Athletic Association became the latest state to push football to the spring.

In Idaho, many schools have started practicing football and games are set to begin Aug. 28, though that remains in doubt as some leagues, as reported by the Idaho Statesman, are weighing delaying the start of the season. Schools in Montana began practice on Friday and schools in Alaska are set to begin high school athletics on Monday. Florida’s high school association voted this week to move forward with an Aug. 24 start for fall sports, despite being among states with the highest new confirmed case rate and football teams are practicing in Texas.