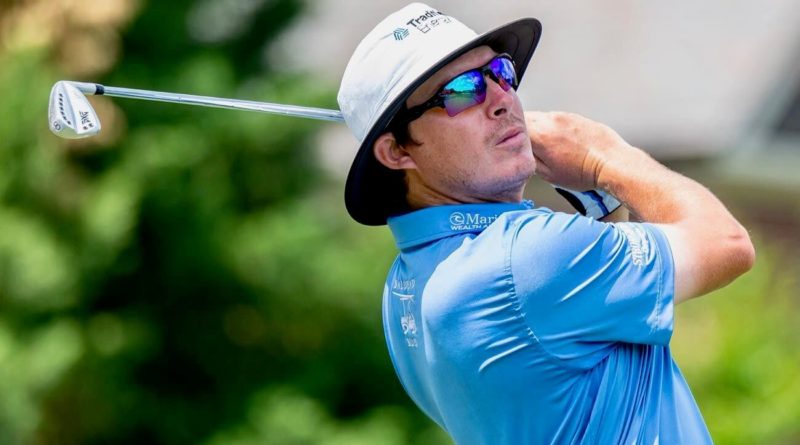 When Joel Dahmen takes a moment to recount the steps of his remarkable journey to the PGA Tour, it always starts at home.

In 7,500-resident Clarkston, a town as far southeast in Washington as you can go before crossing into Idaho.

“It was a little village for me to grow up in to,” Dahmen said.

That small-town boy is now a bad man in professional golf. Over the past three seasons, Dahmen (pronounced ‘Day-mun’) has cashed in 75 percent of his PGA Tour starts (57 of 76).

This year has been Dahmen’s best showing, making 17 of 20 tournament cuts and amassing $2 million in season earnings.

Dahmen, 32, just posted a career-best finish at a major – a tied-for-10th effort at last week’s PGA Championship at TPC Harding Park in San Francisco. And he is now risen to a personal-high 58th in the official world golf rankings.

Next step? Winning, of course.

“I am almost at 100 events in my career, and I’ve been around the lead a couple of times,” Dahmen said. “Winning requires some luck.

“I know my mind is ready for it. I believe I am good enough.”

At an early age, Dahmen showed immediate promise in golf – so much, his father, Ed, wanted him to be near a golf course full-time. So the family had a new home built on Clarkston Golf and Country Club.

At the time, Dahmen didn’t realize what prompted the move. He just thought it was cool to go swim at the club, shag golf balls at the practice range and go play against men in the weekly “Boys Game.”

“(The move) wasn’t something we talked about. Dad loved golf, too. Mom played golf,” Dahmen said. “But eventually I learned it was for me.

“He saw golf as my ticket out to something bigger and better.”

It took Dahmen a while longer to see that road. He was good at everything he played – soccer, football, basketball, baseball and, of course, golf.

At Clarkston High School, he was the point guard on the varsity squad with future Zag forward Josh Heytvelt. He was a quarterback in football. And he pitched and played shortstop in baseball.

“I thought when I was younger, I’d play basketball. I loved the team sport of it,” Dahmen said. “I knew it wasn’t going to be football because I didn’t like getting hit.”

It all came down to baseball and golf, both spring sports.

It surely did – he won a pair of Class 3A individual titles as a junior and senior before graduating in 2006 and heading off to play for the Washington Huskies.

And after seven years of toiling around on smaller tours, Dahmen has now hit his stride on the PGA Tour – with the Clarkston faithful back home cheering him on.

“Everyone accepted me,” said Dahmen, who said he received nearly 100 text messages after his PGA Championship finish Sunday, mainly from friends back home.

“I am living the dream right now.”