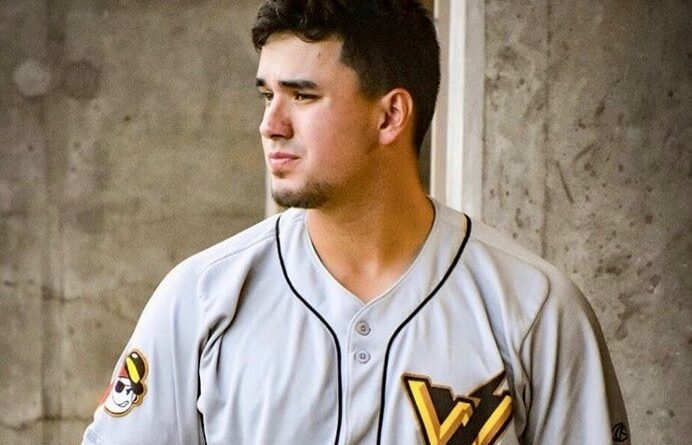 Imagine standing at home plate of a minor-league ballpark and staring off at one of the biggest shadow-casting walls in center field.

Just think – that wall was not only 425 feet away from the batter’s box, but it stood 29 feet high.

Most only dream of clearing that beastly obstacle at Cheney Stadium – Tacoma’s version of the “Green Monster.”

But on Monday, one Bellingham product became just the fifth player to ever clear that wall in the stadium’s 60-year history – in a game or in practice.

These days with no minor-league baseball because of the COVID-19 pandemic, only intra-squad “exhibition” games are being held in Tacoma among the brightest up-and-coming players in the Seattle Mariners’ organization.

In his first at-bat Monday against flame-throwing right-hander (and golf buddy) George Kirby, Bellingham High School graduate Austin Shenton, a left-handed hitter, unleashed the fury on a fastball, and drove it to the deepest part of the ballpark.

Now, center field at Cheney Stadium is the place where fly balls usually go to die. But not Shenton’s, which got high in a slight tailwind and it rode over the wall and into the parking lot at Foss High School.

Teammates stood awestruck in the dugout as Shenton rounded the bases. The last time a player cleared that fence was 15 years ago. It was top prospect Shin-Soo Choo during his debut season with the Tacoma Rainiers in 2005.

Slugger A.J. Zapp was the first to do it in a game in 2004, driving a home run an estimated 505 feet. Also, Jose Canseco and Jay Buhner have sent baseballs over the giant wall in batting practice.

Shenton, a third baseman whom the Mariners selected in the fifth round of the 2019 MLB Draft out of Florida International University, graduated from Bellingham High School in 2016.

He hit .472 during his senior season in high school. He also played football and basketball.