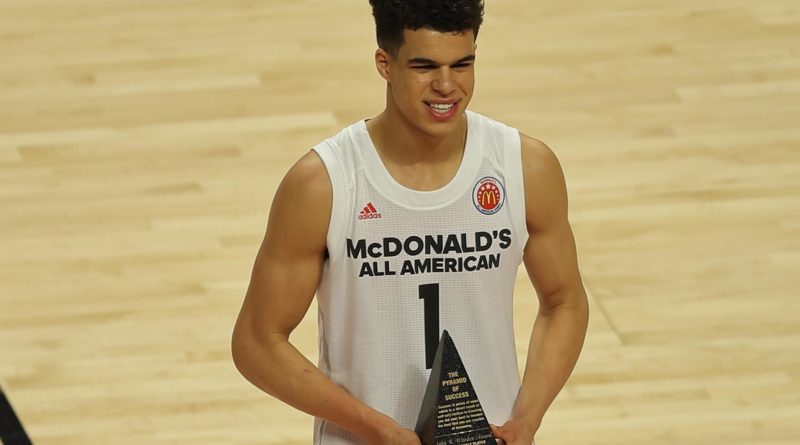 More than three years after putting together what many regard among the most dominant single seasons in Washington high school basketball history, Michael Porter Jr. posted a career night in the NBA.

The former Nathan Hale standout and 2017 WIBCA “Mr. Basketball” selection, scored 37 points on 12 of 16 shooting and grabbed 12 rebounds in the Denver Nuggets’ 121-113 overtime win over the Oklahoma City Thunder in the Orlando NBA bubble restart on Monday night.

Porter Jr. is the first Denver rookie to log at least 35 points and 10 boards since Carmelo Anthony in 2004, according to ESPN.

The 22-year-old Porter, the 14th overall pick in the 2018 NBA Draft, was a McDonald’s All-American in his lone season in the Seattle high school basketball scene. He attended Missouri for one season after decommitting from Washington in the wake of coach Lorenzo Romar’s firing.

In his memorable year in Seattle, Porter Jr. averaged 38.9 points and 14.2 rebounds per game and was the Associated Press’ unanimous state boys player of the year. The Raiders went undefeated and won the 3A state title, garnering the No. 1 national ranking.

Porter, who SBLive Washington identified among the best Washington high school boys basketball players of the 21st century, has averaged 14.2 minutes per game across 49 contests this season after sitting his entire rookie season with a back injury. He’s adjusted as a role player on a Nuggets team that boasts depth, but recently, with Will Barton, Gary Harris and Jamal Murray sidelined due to injuries, Porter Jr. has been called on to shoulder a larger load. He played 43 minutes Monday night.

“For me, it’s like a different focus,” Porter told ESPN. “Because in high school, every single game, I had to carry the scoring load and do that. But on this team, I don’t have to do that. I can’t focus on that. All I got to focus on is bringing the energy and effort and locking in on defense and the rest will take care of itself.

The Nuggets’ next game is on Wednesday at 1 p.m. against San Antonio.