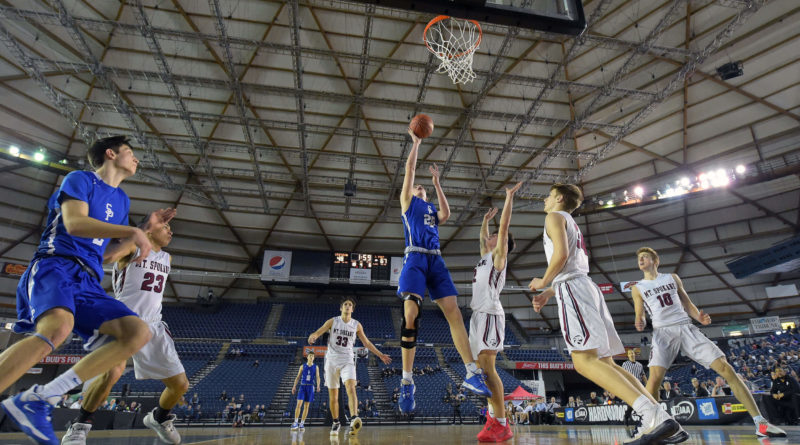 As COVID-19 continues to spread across the United States, many of Washington’s top high school basketball players have been sidelined during what would typically be a crucial stretch of the college recruitment process.

What would normally be a July filled with tournaments around the state and country with recruits going head-to-head in front of college coaches has been replaced with secret workouts and private tournaments in neighboring states with loosened social distancing guidelines.

It has left players looking to make a jump in their recruiting waiting — most notably the class of 2021 — and it has left clubs scrambling to provide opportunities for players in a time when government-mandated rules about gathering sizes have adapted to the spread of the virus.

“I really, really feel like the class of 2021, these kids have just been screwed,” Washington Supreme 17U coach Carl Howell said. “You grow up, whenever you start playing, you play AAU. Regardless if you’re a Division I player or NWAC player, you deserve to continue to play. Now going into your senior year when people really do start recruiting, now the most important time of your AAU career, you’re not allowed to do anything. I just think it’s awful for those kids.”

After the NCAA Division I Council announced in late May it was extending its recruiting dead period through July due to the ongoing pandemic — then extended that dead period to the end of August — Nike canceled its Elite Youth Basketball League. The EYBL is regarded as the top grassroots league in the country and would have featured several of Washington’s top recruits.

The Adidas Gauntlet followed. So did Under Armour, which includes Washington Supreme, a club team featuring many of the state’s top high school players, such as Mt. Spokane’s Tyson Degenhart, Olympia’s Jackson Grant and Chiawana’s Kobe Young.

Some smaller independent club basketball programs have played in tournaments in surrounding states where they have entered advanced phases of reopening (tournaments have occurred in Moscow and Boise, Idaho).

After EYBL called off July, clubs have been tasked with finding ways to get their players in gyms under tight government restrictions.

Once Lewis County reached phase three of Gov. Jay Inslee’s phased Safe Start plan, which allowed for gatherings of 50 people to occur with stipulations, rumors swirled that a tournament in Centralia that included Rotary, Team Lavine, Friends of Hoop and Washington Supreme was in the works to allow the athletes a chance to play one another.

Friends of Hoop director Jeremy Eggers was also in talks with Gerry Freitas, a former college coach and the purveyor of the California-based scouting service Hoop Review, about holding a tournament in Lewis County over Labor Day weekend.

But after a surge in coronavirus cases across the state, Gov. Inslee announced a limit of 10 people at social gatherings in counties that had reached later phases, ending the prospects of a tournament in Centralia.

“That shut down that,” Eggers said.

Several events had occurred before the Governor’s mandate, such as the Boss of Ball showcase in late June, but NCAA coaches were not allowed. After that showcase, which was hosted at Centralia’s Northwest Sports Hub, went off without a hitch, tournaments were scheduled there throughout the month of August, until the governor’s mandate forced cancellation.

And while most national AAU tournaments have been canceled, club coaches and directors are feeling pressure from athletes and their respective families who are willing to travel to other states, such as Idaho and Montana, to play in regional tournaments, even though college coaches can’t attend.

“Every (club) is doing something, but nobody is willing to stick their necks out,” said one in-state AAU coach, who wished to remain anonymous for fear of retribution. “I’ve talked to other AAU directors. We’re all 50-50 on it. But the kids and the parents are so willing to sign waivers and do what they have to (in order to play).”

For Eggers, the risk of traveling to play in tournaments is not worth it. While sports are an intricate part of him and his players’ lives, he said the health and safety of his players takes precedent.

Still, the impact on recruiting is being felt by some high school athletes. And the state’s top club coaches say it’s not the Division I-bound players who are being impacted the greatest.

“Washington’s a place that’s very top-heavy in recruiting,” Seattle Rotary coach Dom Brooks said. “The high-major and mid-major players get found, but there’s a lot of guys that are low-major D-I to D-II who get missed.”

That’s why he started the Brooks Scouting Report, a Twitter account that aims to promotes high school basketball recruits across the state at all levels.

Brooks, also the head boys basketball coach at Nathan Hale, holds a unique vantage point of both the high school and club basketball scene. High school coaches participate in their players’ recruitment to a varying degree, while Brooks prides himself on getting his players opportunities at the next level.

Much of the recruiting, according to one college assistant coach in the Northwest, is done over the phone and on zoom. Coaches are still watching film, reaching out to players, but not attending events.

“Lot of events don’t post rosters; players’ numbers aren’t accurate,” the coach said. “If you’re there, you can at least walk up to someone and ask. (Some) also charge an arm and a leg for (feeds).”

The impact of not having AAU tournaments has also been felt by organizers and independent club directors.

Friends of Hoop, an independently-run club based out of the Seattle-area, typically travels as far as Las Vegas, Los Angeles, Oregon and Houston in the spring/summer. Eggers says he runs about eight tournaments per year in Washington and Oregon, “three or four” of which are NCAA-sanctioned for coaches to attend.

“It killed me,” said Eggers, who is also the athletic director at Bellevue Community College. “Luckily I have a regular full-time job as well, so I have something to fall back on. I’m pretty fortunate, as disappointing as this pandemic has been.”

Julian Agosto is a point guard from Nathan Hale High School and is among the highest recruited in-state point guards from the class of 2021. He’s received interest from Portland State, Idaho, Buffalo and Cal State-Northridge, among others. According to Brooks, he is one of several players who was poised to garner the attention of even bigger schools this past spring and summer, before the pandemic hit.

“I was really wanting to showcase what I can do to as many college coaches as I can, but that really got taken away from me with this pandemic,” Agosto told SBLive Washington on July 21.

“I haven’t really been seen as much. I was just trying to go out there and ball out.”