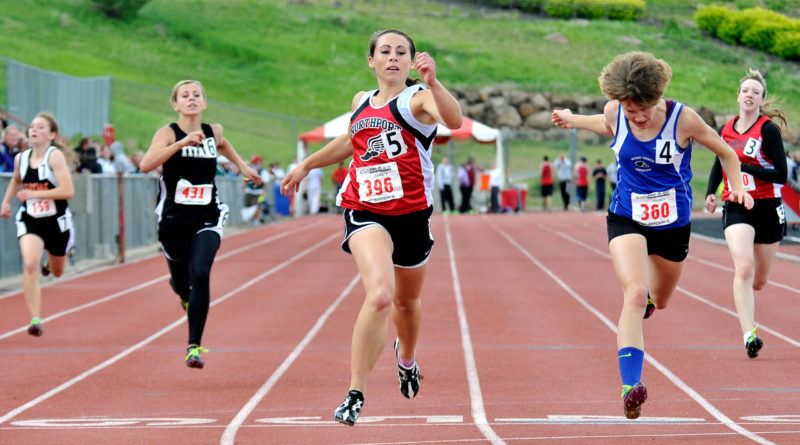 She was a two-sport giant in a small-school world.

Literally. Even though she was 6-foot-1, she played bigger in both sports.

Barcus was a three-time league MVP in basketball, leading the Eagles to the 2A state title in 2001. And she was named an all-state post player as a senior.

But volleyball was her sport. Barcus was selected as a two-time Gatorade state player of the year (2001, 2002), and led her school to three 2A state titles.

She started (WSU) and ended (Iowa) her NCAA volleyball career playing for coach Cindy Fredrick, developing into one of the Cougars’ best players at middle blocker even after Fredrick left.

Notable Stats: Guglielmino is the only girl in WIAA state track and field meet history to sweep all three sprint races (100, 200 and 400 meters) in all four of her seasons competing (2010-13), finishing with 12 titles in Class 1B. Blaine’s Cherish Morrison (one of Whatcom County’s top athletes) was closest to that feat with 11 career state sprint championships.

This small-school sprinting dynamo is fast on foot – and in the saddle.

If you look at Guglielmino’s marks in all of her state finals, they weren’t world beaters (her most impressive winning time was 26.22 seconds in the 200 as a senior). But when it came time to race, it only mattered who crossed the finish line first.

Guglielmino has taken that approach to her bigger passion – horse racing. She grew up on a farm 100 miles north of Spokane, and was always riding a horse. She competed in junior rodeo as a youth.

And in 2012, she got her competitive jockey’s license – and won a horse race in Canada before graduating from high school.

Currently, she is the mid-summer jockey points leader at Grants Pass (Ore.) Downs.