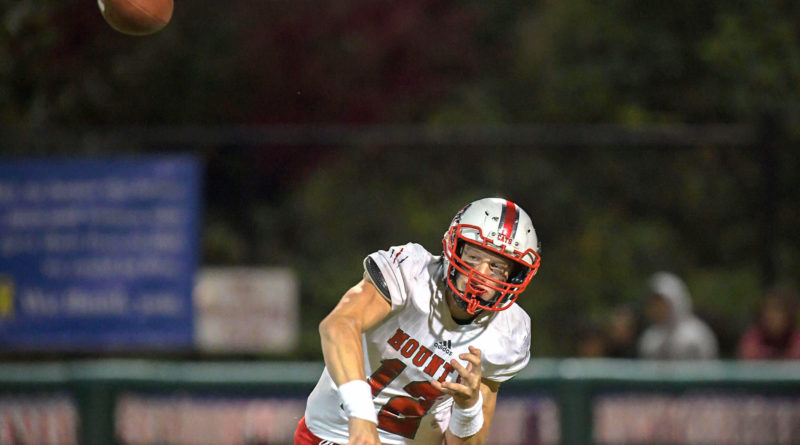 Clay Millen had it all drawn out.

He’d play out his senior season in the fall with a Mount Si football team that returns most of its key pieces from its WIAA 4A state semifinal run last fall, many of whom are Millen’s longtime childhood friends. Then the four-star dual-threat quarterback would graduate high school early and enroll at Arizona in January to get a jumpstart on learning the playbook, just like his brother, Cale Millen, did two years ago at Oregon.

But once it became clear the novel coronavirus might force high school football decision-makers to push the season to the spring, Millen found himself at the same fork in the road as many of the state’s top recruits: enroll early in college or change course and play out his senior season?

For Millen, as well as Mount Si defensive end Andrew Edson, who committed to Washington State in May and will also play his senior season, there wasn’t much deliberation.

“I get a chance to play my senior football season with a group of guys I’ve been playing with for a long time,” Millen said.

Even after the WIAA Executive Board voted to push the 2020-21 football season to March and April as a part of a modified four-season high school sports calendar, many details remain up in the air. The traditional state championship may not happen. Instead, the WIAA is exploring options like holding regional championships that require less overnight travel and financial commitment from schools.

Millen and Edson join Kennedy Catholic five-star quarterback Sam Huard on the growing list of players who have announced they plan to play their senior seasons. Huard intended to enroll early at Washington.

Eastside Catholic defensive end J.T. Tuimoloau, the nation’s top football recruit in the class of 2021, told 247Sports he will play for the two-time defending 3A state champion Crusaders in March.

Steilacoom wideout Emeka Egbuka is leaning toward playing his senior football season, coach Colby Davies told SBLive Washington. Egbuka, the No. 1 rated athlete in the class of 2021, has not made a decision on where he’s playing in college.

Millen is just fine waiting until summer 2021 to enroll at Arizona. He actually thinks getting live game reps in the spring will only help ease his transition to high-major college football. And he has a bigger goal in mind: strapping on the pads for one more season with many of his closest friends.

His high school coach agrees, and is among a chorus of coaches who see the delayed season as a positive.

“I’ll take football anytime,” Mount Si football coach Charlie Kinnune said. “If you say we’d play in June on the moon, Mount Si would be there. We just want a season. It’s not ideal, but it’s what we have to work with.”

Like many high school coaches across the state, Kinnune isn’t as worried about what his team’s physical fitness may be once the season starts. He doesn’t need to motivate the group to stay in shape.

And he’s happy to have a strong senior class — among his strongest in decades, he says — setting the tone as it prepares for a delayed run.

“I’d be really disappointed if I was a coach and my seniors left,” Kinnune added. “And I’d be more disappointed if their college coach is asking them to come early. I think we’re all in this period and college coaches should get with their QBs and say ‘play your senior year.’ Clay has always been up front with me. They’ve waited their whole life for this.”

In the meantime, Millen is biding his time lifting weights at his home gym and throwing with his brother Cale, as well as teammates Kevin Corder, Zach Soliday, Aidan Dougherty, Jacob Shaffer, Edson and Cam Trencher, who transferred from Skyline.

“We’ve been working hard. So I think these six months, we’ll have more time to prepare,” Millen said. “We would have all been ready, but the addition of six months will help a lot. And I think it’ll show when the season comes.”