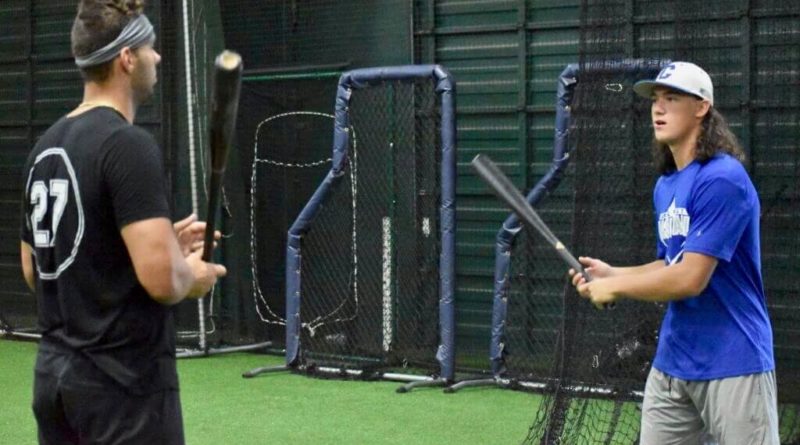 Professional baseball is far off for Kyle Russell. He hasn’t even yet reported to Washington State University – the next three-year stop in what could build toward a high-yielding career.

In the meantime, the touted shortstop who just graduated from Curtis High School is soaking up as much valuable information as possible.

And it comes from a former high school teammate.

Sam Abbott’s fourth professional season with the Chicago White Sox’ organization has been cancelled due to the COVID-19 threat. He spent the past three years in rookie ball.

But Abbott, an eighth-round pick out of Curtis in 2017, is still getting his work in. And he’s invited a few friends, including Russell, to pick his brain on advanced hitting.

“Baseball is always tough, so to have a couple guys around to keep you on track helps,” Abbott said.

For the past few months, Russell and his older brother, Cody, who will be a WSU walk-on, have met with Abbott a couple times a week at the indoor EL1 Sports Complex on the outskirts of the industrial district in Tacoma.

It isn’t heavy-duty, hours-on-hours training. Instead, it is an opportunity for really talented players to trade – and try out – baseball-hitting pointers.

“Every time we come in, we talk about something new,” Russell said. “And it is something that (makes us better).”

Russell said the work among the players is usually “60-40” mechanical.

“It’s not Sam telling us what to do, but what he’s heard, and what has helped his swing,” Russell said. “It is what he thinks is some of the better stuff we need to know.”

Abbott is the prototypical big, athletic first baseman with a powerful swing. He hit nine home runs (and had a .355 on-base percentage) in 58 games last season in Great Falls, Montana.

At 6-foot-1, 180 pounds, Russell is a bigger middle infielder. And their swings have one striking similarity: Fast hands.

“We talk a lot about barrel (of the bat) control,” Russell said. “We are bigger guys. And when you get older, and get into the big leagues, you need to get everything perfect by that point.”

Abbott isn’t shy about asking for tips himself. He has sat down with Texas Rangers first baseman Greg Bird and talked hitting for hours. And two years ago, he followed White Sox prospect Eloy Jimenez around at extended spring training.

“I was (Jimenez’s) catch partner,” Abbott said. “We even talked in Spanish.

“Growing up, you always seem them as gods. But you realize … they are just guys who are really good at what they do.”

In these sessions, Abbott has liked what he’s heard and seen from Russell, including the questions the teenager asks.

“We last played together when I was a senior, and he was a freshman – and he has grown a lot just understanding himself, understanding baseball,” Abbott said. “From my experience, once you start understanding yourself, that is when you start growing.”