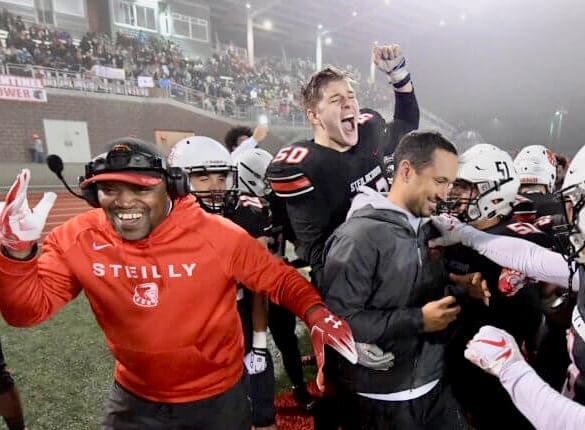 As the WIAA’s contingency plans began to take shape ahead of Tuesday’s executive board decision to move high school football in Washington to the spring, a question among football coaches arose.

Could an athlete move to another state playing a fall season, move back and compete in a second season in the same school year?

Technically, yes – even though WIAA officials said Tuesday that rule amendments could be on the table in the near future.

“We haven’t answered those questions yet,” WIAA executive board president Greg Whitmore said. “Transfer eligibility is always an issue that we deal with at the WIAA, and this will just make that a little bit more of a challenge. But we’ll just have to kind of deal with that as it comes.”

Davis Whitfield, chief operating officer of the National Federation of High School Sports Associations (NFHS), said some states, including California, have rules in place that prohibit students from playing more than one season of football in a calendar year.

No such rule exists in Washington, raising concerns about how many games a player can suit up for in two seasons of football – and his or her safety.

Say a player leaves Washington and plays 10 or more games in another state in the fall, then comes back to play an abbreviated schedule with his or her original team – the possibility exists he or she could play 20 or more games in a six-month span.

That would be more games than a normal NFL 16-game season.

In lieu of no WIAA rule, there has to be “some responsibility from a family’s perspective,” Whitfield told SBLive Washington. “How much (football) do I need, and how much do I want to subject my kid to that kind of activity?”

Added WIAA executive director Mick Hoffman on the SBLive Washington podcast on July 9: “If a family wants to move, they want to move if it’s that important to them. We want kids to play. We’re definitely not going to encourage it.”