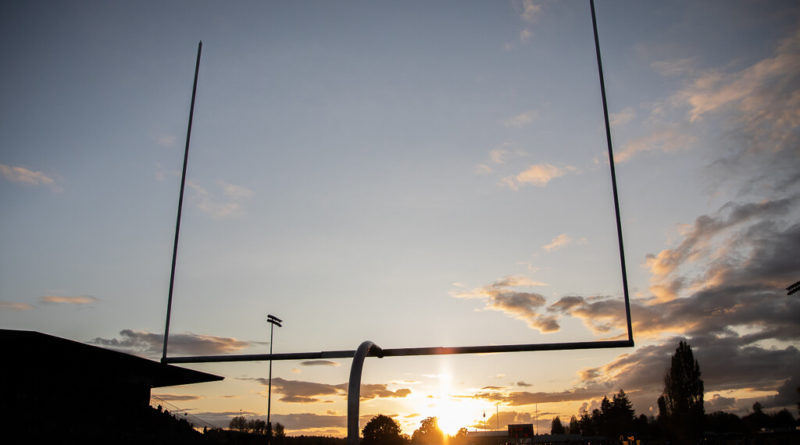 The WIAA Executive Board announced Tuesday evening a modified high school sports calendar that will be broken up into four seasons with moderate and high-risk sports being pushed to 2021 due to the ongoing coronavirus pandemic.

Football has been pushed to “season three,” which is tentatively scheduled for early March. The fall sports season is set to begin on Sept. 7 with cross country, slowpitch softball, girls swim and dive, golf and tennis, which are considered low-risk sports by the Washington State Department of Health.

The planning comes with a big caveat.

The WIAA says certain COVID-19 case benchmarks must be met for the fall season — “season one” — to be played.

The WIAA Executive Board says it will meet July 28 to iron out some of the many details that will come from this decision, including how playoffs will look. If the criteria is not met, it will be moved to March — or “season three.”

Traditional winter sports, highlighted by basketball and wrestling, are set to begin practice on Jan. 4 and games will begin on Jan. 10.

In a press conference Tuesday evening, Mick Hoffman said state championship tournaments may not be held due to the condensed schedules and both the financial and health risks of team travel and overnight trips, but he’s open to regional championships.

All sports will have one week of practice before holding games, expect football, which will have two weeks. Football will start practice Feb. 22 and will be eligible to play games the week of March 7.

“I don’t think there was anyone in the (virtual) board room that felt we could get the high-risk sport of football played in the fall,” WIAA Executive Board President Greg Whitmore told reporters.

The announcement came two weeks after the WIAA unexpectedly delayed the first day of fall sports practice by two weeks, a move made to give counties more time to slow the spread of COVID-19 and progress to advanced stages of Gov. Jay Inslee’s four-phase Safe Start reopening plan. The delay was, in part, an effort to alleviate pressure on superintendents already tasked with reshaping how high schools will return to school.

The sticking point was over competing philosophies. Some board members sought a more incremental delay in hopes that the rate of spread of the virus would suddenly take a turn for the better, while some thought a firm decision to push the start of the sports calendar to 2021 was more realistic, a source with direct knowledge of the meeting told SBLive Washington. Whitmore confirmed he cast the tie-breaking vote to send the group back to the drawing board.

When a plan to delay the start of all sports until January was presented, six board members voted in favor, six voted against, the source said.

Over the past several weeks, high school state associations around the country have announced decisions to either delay the start of fall sports or move the sports calendar back to 2021. On Monday, the California Interscholastic Federation announced it is delaying the start of the season until December.

After the state of Washington was issued a stay-at-home order in March and the spring sports season was canceled, the WIAA said it would be “as creative as possible” to give high school athletes a chance to compete in a safe manner. WIAA Executive Director Mick Hoffman was optimistic about a fall football season weeks ago, as a drop in daily new confirmed case numbers allowed some counties to relax restrictions.

That quickly changed when a steady increase in cases caused Gov. Inslee to pause reopening through the end of the month and on Thursday announce a 10-person limit on gatherings for counties in Phase 3.

“I think if we keep seeing cases going up exponentially like we’re seeing, it’s going to be difficult to play,” Hoffman said on the SBLive Washington podcast July 9. “The bottom line is we have to have counties in phase three to be able to do our lowest-risk sports. So then the question is, which one of those do we offer if we’re going to offer anything? The other piece is coordinating with our superintendents of what are they going to be able to do at the school? And do they have the capacity to even offer those athletic activity programs in the fall with wherever they’re at academically?”

For more than a month, the WIAA said a decision about the timeline of the high school sports season would be made during Tuesday’s executive board meeting. On Thursday morning, the WIAA backed off of a commitment, saying in an email to reporters it wasn’t certain a decision would be reached.

The WIAA Executive Board is made up of 13 voting members, including one representative for each of the state’s nine athletic districts. There are also 12 non-voting members.