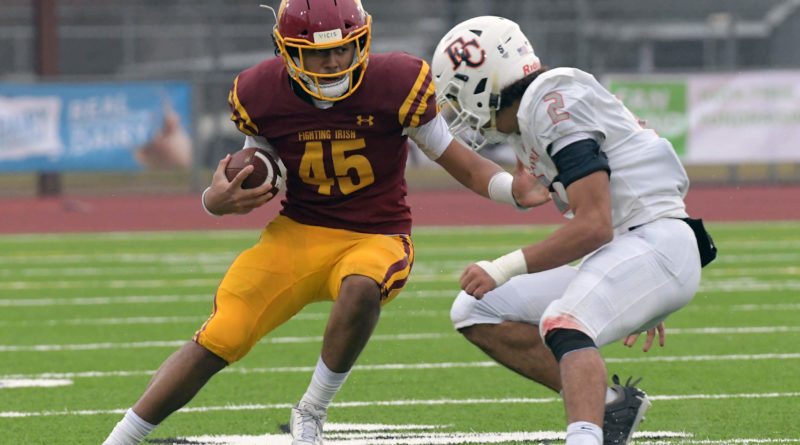 After a twisting and turning day of deliberation – and ultimately voting – by the WIAA executive board, here is what we know about the upcoming coronavirus-impacted seasons for high school football and basketball in the state of Washington.

*Both sports will have shortened seasons – with basketball in session for nine weeks (early January to early March) and football up to 11 weeks (late February through early May).

*And – perhaps most importantly – both compressed-season sports are expected to have some version of WIAA playoffs.

Beyond that, little else is known for certain, including what the postseason format will ultimately look like for both sports.

The entire traditional winter season of sports, including basketball, will be held first in 2021.

Right now, the date for the first day of basketball practice is tentatively slated for Jan. 4 – although Hoffman did leave open the possibility of moving that up to late December depending on the end-of-year trends surrounding the COVID-19 pandemic.

One of the challenges is how leagues around the state will rework reduced schedules. Most schools are expected to reduce, if not eliminate all non-league games. And bigger conferences might be forced to trim league games as well.

“There is going to be a lot of work that goes into … redoing the schedule,” said Mountlake Terrace High School boys basketball coach Nalin Sood, who is also the president of Washington Interscholastic Basketball Coaches Association (WIBCA).

Sood said the fact the WIAA has kept postseason on the calendar – Hoffman mentioned the possibility of going to regional championships as an end point to reduce travel and costs – is significant.

“Just being around our kids in a healthy and safe environment for as long as possible, and having some kind of carrot to play for at the end is important,” Sood said.

Football is part of the WIAA’s third season of sports, and is scheduled to open practices Feb. 22 – nearly two weeks before the completion of the basketball season.

Greg Whitmore, the WIAA executive board president who is also the football coach at Lind-Ritzville High School, said after talking to other coaches and administrators, the majority of them wanted to shorten a regular season in favor of keeping a postseason.

Right now under the WIAA’s modified season calendar, football programs will play a seven-game regular season before each district will be required to submit its playoff-qualifying teams.

The playoffs are scheduled to be two weeks, starting the week of April 26.

“We want to just stay as normal as we possibly can,” Whitmore said.

“Postseason is part of a normal season.”