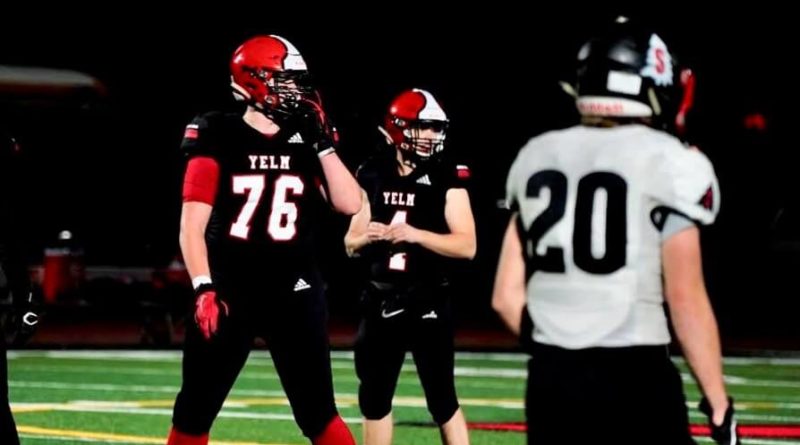 In June, Yelm High School’s Dylan Jemtegaard revealed his top five college-football destinations – a big day in the life of an NCAA Division I recruit.

And then the California Golden Bears came in and changed the outlook completely.

Good thing they did as Jemtegaard gave his dream school a verbal commitment Monday – one day after receiving a scholarship offer.

Jemtegaard (6-5, 295), an all-South Sound Conference first-team offensive tackle, will go to Cal as an interior lineman recruit at guard or center.

“They stole his heart away from the other schools,” Yelm football coach Jason Ronquillo said.

Jemtegaard is believed to be the first Yelm football player ever to commit to a Pac-12 program on scholarship.

But shortly after that, Cal offensive line coach Angus McClure began reaching out to the Yelm coaches about Jemtegaard – then to the teenager himself.

“Every other day, over the last three weeks, the first thing he’s brought up is Cal and how he has been talking to them,” Ronquillo said. “I knew how much he loved it, and was waiting on them.”

On Sunday, Jemtegaard – a three-star recruit by 247Sports.com – took a virtual tour of the campus. After that, McClure came on and extended an offer.

“He was ecstatic and in tears,” Ronquillo said.

Ronquillo noted his senior-to-be has put on 35 pounds in the offseason, and can be a real “road grader” in Cal’s run game. He also has a 3.95 grade-point average.

“He puts people on their rear ends,” Ronquillo said.