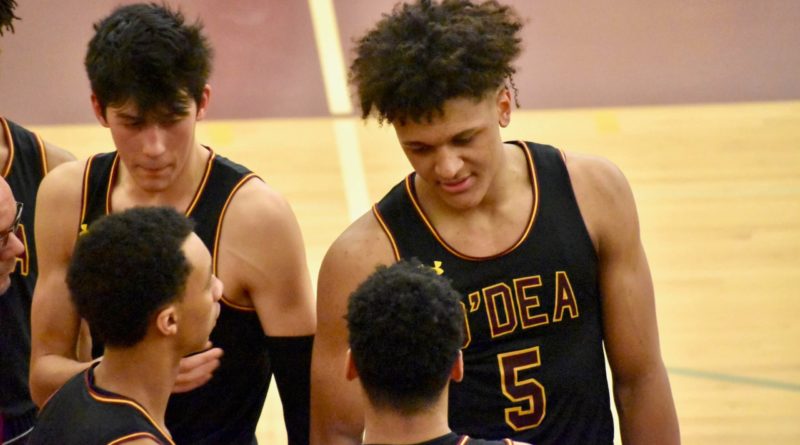 After a spring with no AAU basketball or fresh evaluations due to coronavirus-related shutdowns, five high school boys basketball players from the state of Washington were designated among the top 150 basketball recruits from the class of 2021 in the recruiting site 247 Sports’ national rankings, which were updated Wednesday.

O’Dea star Paolo Banchero stayed put at No. 4 in the national rankings. Eastside Catholic’s Nolan Hickman made a jump to No. 30. And Battle Ground’s Kaden Perry leapt into the top-50.

Olympia’s Jackson Grant, a skilled 6-foot-9 forward, dropped 20 spots to No. 90 and Eastside Catholic’s Shane Nowell slipped just one spot to No. 120. All were in the top-10 in SBLive’s 50 most impactful players of the 2019-20 high school season, as was Mt. Spokane forward Tyson Degenhart, who was a notable absence in 247 Sports’ top-150.

Washington’s class of 2021 is considered the most talent-laden in several years. That starts with Banchero, a 6-foot-9 forward, who is the state’s top player. He was entering his third year on the 17u team with Seattle Rotary, which competes on the vaunted Nike EYBL circuit. He narrowed his choice of colleges down to six — Kentucky, Washington, Gonzaga, Arizona, Tennessee and Duke — in late April.

It’s unclear whether a strong spring could have vaulted Banchero into the top-three, but playing at the country’s premier recruiting event, the Peach Jam, would’ve provided ample opportunity to show out.

“Our first two years was just to make Peach Jam. That was our goal,” Banchero said in a recent episode of the grassroots podcast The Short Circuit. “This year we really wanted to obviously make it, but make it and really try to win it. Really try and go deep.”

Hickman, Banchero’s Seattle Rotary teammate, jumped nine spots to No. 30 after a breakout season for the Crusaders. He flashed an improved outside shot, clutch scoring ability and logged around 17 points, 3.4 assists, 3.7 rebounds and almost two steals per game as a junior.

Perry’s jump is also notable. He upped his production in every category as he carried Battle Ground to the 4A state tournament with 23.7 points, 15.3 boards and 3.3 blocks per game.

Both Nike and Adidas have canceled their respective club basketball circuits in July after the NCAA extended its recruiting dead period through the end of July. The NCAA Division I council is reviewing a proposal to allow for a men’s basketball recruiting period in August.