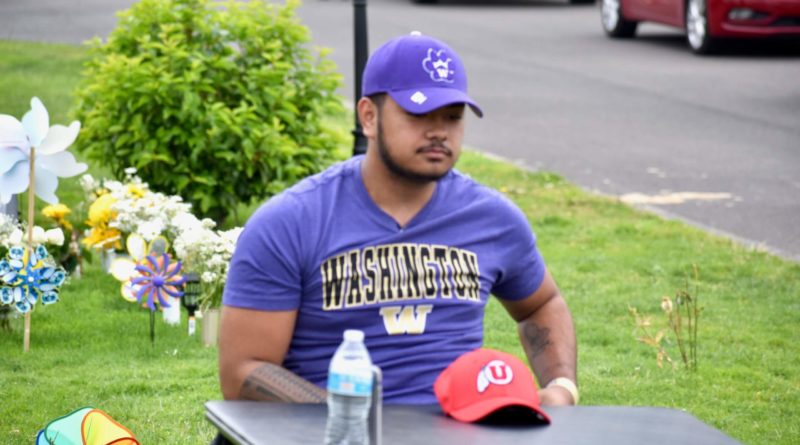 On the football field, Bethel High School‘s Will Latu runs downhill with decisiveness – like a boulder tumbling down a hilltop.

Off the field, he is none of that. He says little. He heeds a lot. And he is very introspective.

That listening finally led to a loud message Sunday – Latu announced he was going to stay home and be part of the University of Washington’s 2021 football class.

The 6-foot-2, 220-pounder comes to the UW as an inside linebacker, but added the Huskies have told him he could be involved in short-yardage packages as a running back.

“Can’t wait to play for them,” Latu said.

It has been a long journey to get to this point for Latu, who was ranked 24th on SBLive’s top-100 players in the state of Washington following last season. He is also rated as the No. 9 in-state recruit in 2021, according to 247Sports.com.

Two years ago, then-UW defensive coordinator Jimmy Lake (now the Huskies coach) made a visit to Bethel to have a frank conversation with Latu about his future.

He said the Huskies would not extend a scholarship offer if the teenager did not concentrate more on his academics.

“That was one of the starting points for his goal to become academically successful,” Braves coach Mark Iddins said. “And once he did that, it was like he was doing it for (the UW scholarship). It gave him a different kind of drive.”

Back in 2017, Perpetua-Prescott, age 2, died while in care of a family friend, who eventually pled guilty to first-degree manslaughter.

“When he was here, he was just running around being goofy,” Latu said. “That’s the thing I remember (about him) – the happiness.”

“It had a big impact me,” Latu said. “Everything I do now, I do it for him and my family.”

Added Iddins: “Obviously when something like this happens, it … can ruin families. But they’ve stayed together. It shows what his morals are, and what is beliefs are.”

Latu becomes the 10th player in the 2021 class to give a verbal pledge to the Huskies, joining fellow in-state players Sam Huard (Kennedy Catholic) and Caden Jumper (Eatonville).

He will also join his cousin – linebacker Daniel Heimuli – on the UW roster.