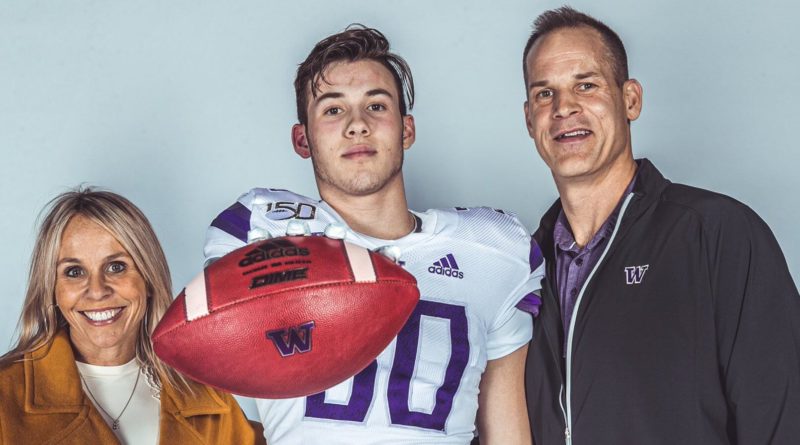 Notable Stats: Bighill has been arguably the most dominant defensive player in the Canadian Football League at linebacker over the past decade – 655 tackles, including 41 sacks, and 14 forced fumbles in 132 games.

At a very early age, Bighill had one goal – make it to the NFL.

And the self-made grinder, who is considered as good a defensive football player to ever come out of the county, did just that, signing with the New Orleans Saints and playing in three games in 2017.

First, he was an all-state running back and linebacker at Montesano, and was named the WIAA 1A defensive player of the year in 2006. He was also an all-state defender in soccer.

On a grander scale, Bighill is known more for his Canadian Football League career. After going undrafted out of Central Washington University in 2011, he signed with the BC Lions – and won the Grey Cup in his rookie season.

A year later, he was well on his way, making the first of five CFL All-Star Games. Twice, he has been named the league’s defensive player of the year (2015, 2018). And with Winnipeg in 2018, he recovered a fumble that led to a touchdown en route to another Grey Cup triumph.

Notable Stats: When Bruener left the Washington Huskies in 1995, he was the program’s all-time receptions leader with 90 catches – a mark that stood for nearly 20 years until Austin Seferian-Jenkins came along.

Largely considered the most successful athlete to come out of Grays Harbor County, Bruener set the gold standard for all-around play – catching passes and blocking – by a tight end in football.

He was an all-state performer both ways for Aberdeen, and left the Bobcats with a handful of receiving records, including catches and yardage.

He enjoyed an All-American career at the University of Washington, even hauling in a touchdown in the 1992 Rose Bowl as a freshman – a victory that sealed up the Huskies’ national championship.

A first-round pick in the NFL (1995), he won a Super Bowl and was a Pro Bowl alternate with the Pittsburgh Steelers. He played nine seasons with the Steelers, and five seasons with Houston before retiring in 2008.

Now a scout with the Steelers, his son, Carson, will be an incoming freshman with the UW football team.

omm’A Givens, Aberdeen (basketball) – Talent alone (McDonald’s All-American) puts him on list, even though he flamed out at UCLA, Pepperdine.