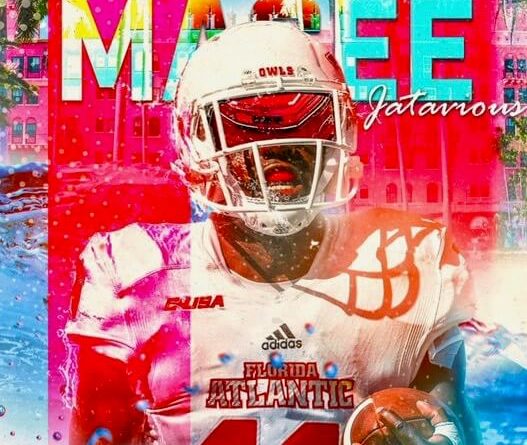 So on the inauguration day of his FBS football recruiting, what was exactly on the mind of the new “King of Boca?”

“Probably some gumbo,” he said.

The exciting up-and-coming free safety with the Eagles gave a verbal pledge Sunday afternoon to Florida Atlantic University (in Boca Raton) as part of the class of 2021. He chose the Owls over San Diego State.

“It is a huge relief,” Magee said. “I can now just focus on the season.”

And even though Yzaguirre had only five weeks of weight-room work with his new team, he knows Magee well from his days as the Auburn Riverside coach.

The two NPSL Valley rivals played in the fourth game of the season in 2019. The Eagles won, 34-7.

Magee had a breakout season as a junior, selected as an all-NPSL Valley performer on both sides of the ball. He caught 35 passes for 545 yards and six touchdowns. And at safety, he picked off three passes.

Magee credits Heir Football director Reggie Jones for refining his technical skill to go along with his boundless athleticism.

“All we focus on are the little things,” Magee said. “Last year was really big for me.”

Magee said he plans on making an unofficial visit to FAU – and first trip ever to Florida – sometime this summer.