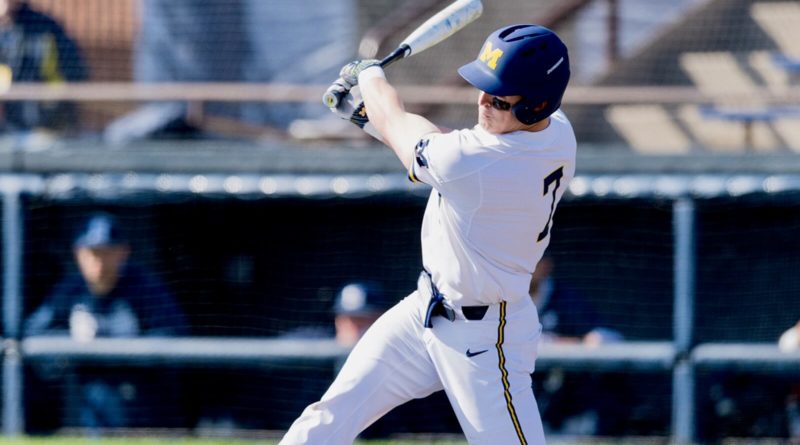 In life – and in major-league baseball.

Franklin, the 2017 Gatorade state player of the year who spent the past three seasons at the University of Michigan, was the first state of Washington product selected in the 2020 MLB Draft.

“They are getting a stud – a five-tool guy,” Engel said.

And as Engel points out, the Braves are getting an outfielder with “growth potential that is through the roof.”

When Franklin came to Seattle Prep, he was a four-sport athlete – baseball, basketball, football and soccer.

And the older he got, it was obvious he could play two sports professionally – baseball and soccer.

But after Franklin had a big junior season in the Metro League, he chose to stick with baseball.

“He is a freak athlete,” Engel said.

After hitting .571 with four home runs, 21 RBI and 11 stolen bases as a senior, he was awarded the Gatorade state player of the year.

When you win that award, Gatorade donates $1,000 to a player’s charity. But Franklin did not stop there for Bridge of Promise – he decided to enter an essay-writing contest among all the state winners, describing why that non-profit organization for teenagers and adults with developmental disabilities meant so much to him.

And Franklin won it – and the $10,000 prize that went with it, which he presented to the Seattle-based charity.

“They are getting somebody with the kind of character you can get behind,” Engel said.

Franklin, a freshman All-American at Michigan, has a power-speed combination from the left side that compares favorably to New York Yankees veteran Brett Gardner. He likely will go to the Braves as a centerfielder.

Franklin is the first Seattle Prep graduate to get drafted since outfielder Stuart Fairchild, who was taken by Cincinnati in the second round (No. 38) of the 2017 MLB Draft after three seasons at Wake Forest.

In other in-state draft news, Central Valley High School pitcher Jeremy Wu-Yelland, a reliever at Hawaii, was picked in the fourth round (No. 118) by the Boston Red Sox. He is the first top-five round selection for the Rainbows since 2010.

And Interlake High School right-hander Stevie Emanuels, who pitched at the University of Washington, was grabbed by Oakland in the fifth round – 157th overall. He was ranked as the state’s best recruit coming out of high school in 2017, according to Baseball Northwest.