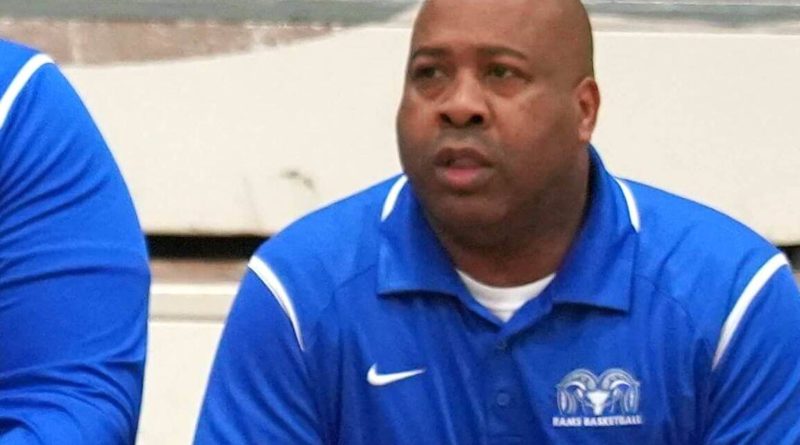 In Seattle, protests are well into their second week. On Thursday, O’Dea’s Paolo Banchero, one of the country’s top high school basketball players, addressed a crowd to recount an incident with police during a gathering about social justice in Renton.

Malcolm Mack was recently the head boys basketball coach at Ingraham High School, and has coached basketball in the state of Washington for decades. Our interview with Mack is printed below. Questions and answers have been edited for clarity:

SBLive: As I said when I reached out, I think a lot of people, particularly high school students look to leaders and role models in their lives when when things are happening around the country and in their own communities. Now, specifically with the protests against police brutality, for Black Lives Matter in the wake of the George Floyd killing, among others, I just wanted to get your reaction of just how you’ve been following along with everything and how you’re holding up.

Malcolm Mack: Oh, great. First off, I want to say Floyd went to the same high school as I did. When I was a freshman, he was a senior. I think he was in my brother’s class.

SBLive: Wow. Did you know him personally?

Malcolm Mack: My brother knows him. Very well. I didn’t know him personally. But that’s pretty close to home when it’s the same high school, so … I have a very strong stance on the whole situation. I just like to remind people when someone says Black Lives Matters, they’re not speaking or saying that cops lives don’t matter or white people’s lives don’t matter. And when I do that, I give them an example. Let’s take Lance Armstrong for example. When he had cancer, they had a slogan “Livestrong.” Or the town in Northeast Snohomish when it had the big mudslide, they said ‘Oso Strong.’ Nobody was saying, ‘well, Seattle means just as much as Oso, or Olympia means just as much as Oso.’ It was a crisis of a town and group of people that needed help and support.

So that helping support is supposed to come from the community surrounding. So when someone says, ‘all lives matter,’ or ‘cops’ lives matter,’ they usually have a problem with the first part of Black Lives Matter, and that’s the word ‘black.’ That’s the first thing that I try to get people to understand, that it’s not it’s only black lives. And you probably know and the problem that a lot of people don’t understand, they say, ‘well white people get beat up by the cops too.’ Well, that’s more of a reason then why white people should be protesting police brutality as well. … In sports you know you got Colin Kaepernick, who you know it cost a lot to speak up for something that you believe in. It’s what we teach the kids every day, but how many of us follow through on it? That’s what the rest of the country has to do. When there’s a police officer that’s doing something wrong, the other police officer has to check him.

And this goes back at sentencing. … There is a lacrosse player, a white lacrosse player, who got like five or six years of probation, and a Vanderbilt football player is looking to get 15 to 25 years on the exact same crime. That type of stuff has to stop. And as soon as we make harsh penalties for cops for doing things to people that they come into contact with, that they shouldn’t be doing, we give them stiff penalties whether they’re black or white. … That’ll help change the entire culture of police brutality.

SBLive: You’re preaching equity, and that’s been something that protests that have gone on in cities and around the country, around the world, large and small, have been preaching as well. The most pronounced and visible protests in the state have occurred in Seattle. What’s it like living in the Seattle area during this time?

Malcolm Mack: Well, I’ve only been out once. And what I’ve learned about living in Seattle is a lot of the racism that you see in Seattle isn’t outward. Granted, I think Seattle is one of the greatest cities I’ve lived in, and I’ve lived in a lot as far as equity goes. With that being said, I think our white counterparts and our white community is larger and more supportive than a lot of other cities. So I really appreciate that. It’s a great place to live. I moved here in ’87, something like that. No matter what, I’ll always love Houston, but I haven’t really left here. Military has taken me to other places, but I always come back here.

SBLive: As a coach, as a leader and as somebody who high schoolers look up to, how have you talked about these topics of race and racism? … Have you had a specific message with students and players?

Malcolm Mack: You know, what’s funny? I started coaching in 1998. All of the calls that I’ve been getting have been from white players who I’ve coached over the years. It’s crazy. I get calls and Facebook stuff from those guys. My current guys, my message to them, the first thing I tell them is ‘do not be a part of the rioting and looting, but support your community.’ I just want them to understand we get so carried away with stuff that’s happening that we don’t remember the why.

If that (Minnesota) police officer had been charged immediately, even with the most minor charge that they possibly could,  I don’t think we would have gotten to this point. So that’s what I think people are taking away from the point of why we’re here. It took them weeks to charge somebody with a crime, which everybody in the world could see. So I just try to tell the kids to remember the ‘why.’

And the proper way of doing that is protesting and making our people that have those titles of representatives and senators, make them make a change in the laws. One of the kids that I played high school basketball with, he’s a representative in Houston. I saw something he posted about the black vote. We have to use that to our advantage. We just have to start making whoever that wants our vote, we have to make them start promising and following through on things that we need. Like sentencing laws have to be equal. So some kids I get really in depth with, and a lot of kids the message is just, you know, do the right thing. Most of them know what it is.

SBLive: For so many these acts of racism have been a lived reality for a really long time. … Is there an incident — and, you know, stop me where you’re comfortable continuing — but is there is there an instance that stands out to you as a personal experience?

Malcolm Mack: Absolutely. I’m 52 years old, have a squeaky clean record, but I can count on three hands if I had ‘em, the number of incidents where I was treated like a lesser person and I feel like it was because of the color of my skin. I’ll give you an example of myself and then I’ll give you an example of my son, who at the time was 19 years old.

When I first got out of the military, I applied for a position for the Pierce County Sheriff’s Department. I went through, took the test, did the physical test, obviously I was in pretty good shape. Everything was top-notch. Come down to I had to meet with a higher-up. It was an all-white, male board. Previously I got pulled over and had a letter sitting on my car seat, in my passenger seat, and it had a Snohomish County Sheriff’s Department on it. It was about my testing for the sheriff’s department. I was pulled over by a Tacoma Police Department (officer). The police officer, I’ll never forget his last name, it was Morrison. He asked me, ‘what’s that letter for?’ I could have made it easier, but I felt like my rights were being violated. It’s none of his business what’s in my vehicle. So I tell him it’s a personal letter. And he makes a big deal of it. Next thing I know, three more cop cars come around and I end up having my car searched. He wanted that bad to know what that letter was. There was some suspicion of something that he needed to search my vehicle. Ended up searching my vehicle, reading the letter. I got to the (Pierce County) board and the board asks if I’ve ever been in a situation with police before. I answered no. Because I hadn’t. I didn’t get a ticket. Nothing. I didn’t end up getting that job, because they felt like I wasn’t being truthful to them.

But what happened is that police officer that pulled me over, his wife was a deputy sheriff. So he told her, and she took it further. And you see where the chain kind of went of ‘we’re gonna keep him from getting this job.’ And that’s kind of what happened. Not to mention that numerous times of being pulled over, asking ‘is this my vehicle? Where do you live? Why are you in this neighborhood? Happened so many times in my life.

But about four years ago there was a King County Sheriff/Shoreline Police (officer) who put a gun to my son’s head after being pulled over. My son was coming from the gym working out late at night … actually my son was working out with Tony Wroten and had two buddies with him. My son didn’t pull over on the dark street, he went to a gas station where it was lit up, which is what I told him to do. If you don’t feel comfortable, you know, you can give a call to 911 and let him know that you’re being pulled over and you’re just driving to a place that you feel safe. So he pulls over, the police gets out, puts a gun to his head and tells him ‘what took you so f—— long to pull over?’ And once again did an illegal search. Obviously, there’s nothing there. But this type of stuff is the stuff that we’re talking about. And so I’ve experienced it myself with my son. And it has to stop, and that’s where we are.