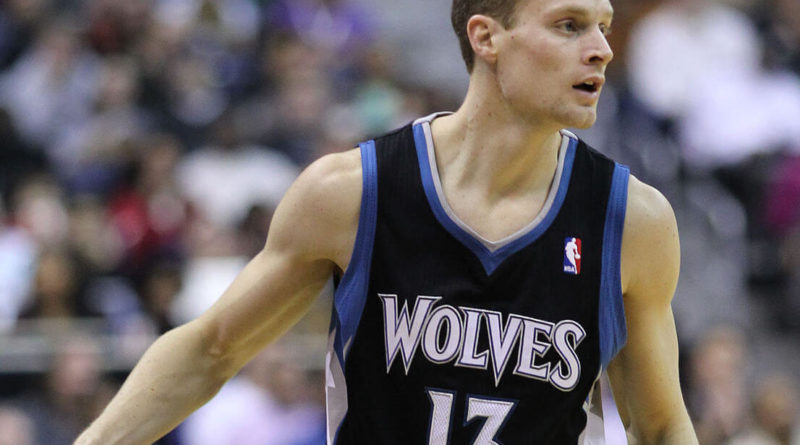 Notable stat: Not only was Locker a standout college football player, he was drafted in the 10th round of the 2009 MLB Draft. Two years later, the Tennessee Titans took him eighth overall in the NFL Draft.

There’s a certain legend that followed Jake Locker from his days as a dominant prep star at Ferndale to the hometown hero as the quarterback at University of Washington.

With rare size and speed for a quarterback — 6-foot-2, 230 pounds and a 4.59 40-yard dash — Locker dazzled with both his arm strength and ability to make plays with his feet.

At Ferndale, the Parade All-American led the Golden Eagles to a 3A state title in 2005, throwing for 1,603 yards and rushing for another 1,339 while racking up 49 total touchdowns. He was also an all-state defensive back.

That success translated to UW, where as a redshirt freshman in 2007 he was anointed “Montlake Jake,” the savior of a struggling program, as he ascended to earn freshman All-American honors. As a junior, he led the unranked Huskies to a marquee win over No. 3 USC, complete with a 68-yard drive to set up the game-winning field goal.

After being drafted by the Tennessee Titans in 2011, Locker played four seasons in the NFL, starting 23 games and throwing for 4,967 yards and 27 touchdowns. He retired after the 2014 season and moved back to Ferndale.

Notable stat: Played on the offensive and defensive line for UW’s football team.

At one time, Paul Jessup was Bellingham’s world record holder.

“America has ready a young giant whom many expect will step into Los Angeles Olympic Stadium this summer and sail a Grecian platter clear into Catalina channel,” read the Spokane Daily Chronicle in April 1932.

Jessup underwhelmed the lofty expectations, placing eighth, but his place in Whatcom County — and American — sports history had already been established.

Before the world stage, he attended UW, where he placed fourth at the NCAA Championships in the shot-put and discus. He was also a captain of the football team as a lineman.

Notable stat: Ridnour, who was inducted into the Pac-12 Hall of Honor in 2016, made a conference-record 62 consecutive free throws during the 2002-03 season for Oregon.

Some of Luke Ridnour’s best years playing basketball were forged in the Pacific Northwest.

After the point guard led Blaine to 1999 and 2000 2A state championships, a run that led many to regard him as the most electric basketball player in state history, the McDonald’s and Parade All-American went on to star at University of Oregon.

Ridnour led the Ducks to two NCAA tournament berths, including an Elite Eight appearance in 2002. He was named Pac-10 player of the year as a junior, and left Oregon as the program’s all-time assist leader. He was drafted 14th overall in the 2003 NBA Draft by his hometown Seattle SuperSonics, where he played his first five seasons in the league.

Tom Ackerman, Nooksack Valley (football) – First O-lineman ever to be selected into the NFL Draft out of Eastern Washington, where he was an All-American. Played eight seasons in the NFL — six with New Orleans, two with Tennessee. Was inducted into Eastern’s athletic hall of fame in 2013.

Gale Bishop, Nooksack (basketball) – Standout basketball player at Washington State who went on to play in the NBA for the Philadelphia Warriors for a season. He also played four years of minor league baseball in the Boston Braves organization.

Cliff Chambers, Bellingham (baseball) – Tossed a no-hitter against the Boston Braves in 1951 during his six seasons in MLB. The lefty was a standout at Washington State.

Tom Erlandson, Bellingham (football) – Standout linebacker at Washington State who went on to play seven years in the NFL. He was a Pro Bowl selection in 1966 with the Chargers.

Scott Gomez, Blaine (hockey) – Started his 16-year NHL career by winning the Calder Memorial Trophy as the league’s top rookie in 1999-00 and was with the New Jersey Devils during their 2000 and 2003 Stanley Cups. The center played with seven different teams.

Michael Koenen, Ferndale (football) – Punter who played nine seasons in the NFL, first with the Falcons (2005-10) then the Buccaneers.

Fred Luke, Bellingham (javelin) – Finished eighth in the javelin during the 1972 Olympics in Munich with the U.S. Was an All-American at UW as a senior who won two AAU national titles in the javelin.

Doug Pederson, Ferndale (football) –  Pederson has won a Super Bowl as a player (1997) and coach (2018). He’s the fourth person in NFL history to do so. Pederson is known now as the head coach of the Philadelphia Eagles, but the Bellingham native had a 12-year NFL career as a quarterback.

Taylor Rapp, Sehome (football) – Two-time first team all-Pac 12 selection was a multi-year standout at safety for the Washington Huskies and a second-round draft pick by the L.A. Rams in 2019. As a rookie, Rapp logged 100 tackles and two interceptions.

Roger Repoz, Bellingham (baseball) – Played eight seasons in MLB as an outfielder and first baseman — 14 years total professionally — in the 1960s and 1970s.

Jacob Riley, Sehome (distance running) – Six-time All-American distance runner at Stanford. Qualified for the 2020 Olympics in Tokyo after finishing second in the U.S. Olympic Marathon Trials. Won the 2A state cross country championship in 2006 at Sehome, where he holds the school record in the 3,200.