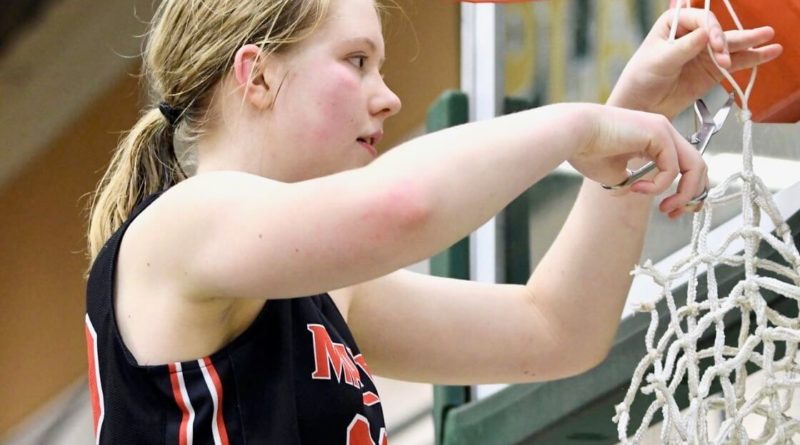 To understand why uber-talented Camas High School post player Faith Bergstrom didn’t hold out for a bunch of “Power 5” Conference basketball scholarships – you have to know how her brain works.

As much as in basketball, she thrives in academics.

She is very analytical.

Someday, she wants to get into product design.

So, as she began to balance out all sides, the 6-foot-3 Bergstrom concluded one university was the best fit for both paths – Cal Poly (California Polytechnic State University), a member of the Big West Conference.

“She wants to be around like-minded people academically driven like her,” Camas girls coach Scott Thompson said.

Bergstrom is one of the more intriguing in-state prospects in the class of 2021 – a back-to-the-basket force who has also expanded her game to the 3-point line over the past year.

After leading Camas to the Class 4A state tournament in March, Bergstrom – an all-4A Greater St. Helens League first-teamer – was ranked the No. 25 player in Scorebook Live’s list of 50 most impactful players in the state.

Cal Poly offered her a scholarship a few weeks after the season. And after talking to longtime Mustangs coach Faith Mimnaugh on Wednesday, Bergstrom knew the university was close to filling next year’s recruiting class.

One scholarship remained, Bergstrom was told. So, she took it.

“Throughout this whole thing, it was more important to me to get a good academic fit,” Bergstrom said.

“I do a lot of hands-on activities, and I have an engineering brain. I like math … and they have a really good mechanical engineering program. They get you in and doing stuff.”