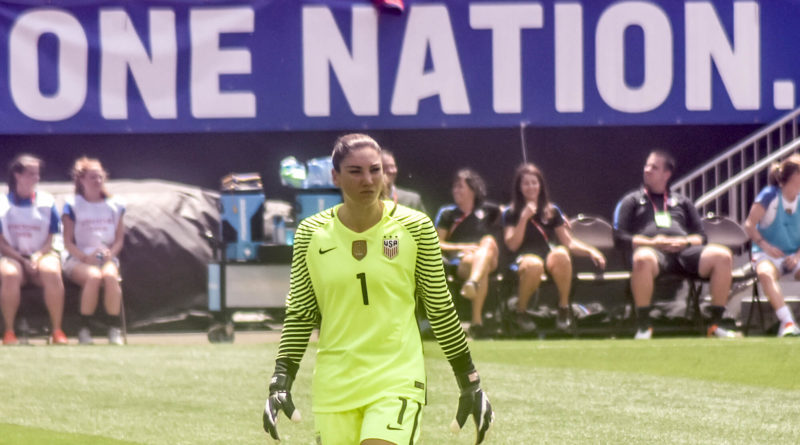 Notable Stats: LaBounty’s personal-best 6,038 points in the NCAA women’s heptathlon in 1993 stood as the Oregon Ducks’ school record for 29 years. She is now No. 2 all-time.

Many not only consider LaBounty the best athlete to come out of Eastern Washington, she also has a case as the best from any part of the state.

In high school, she led Prosser to a Class 1A basketball championship (in its first state trip ever in 1989). And in track, she not only won 10 WIAA state titles, she was the U.S. junior heptathlon champion her senior year.

LaBounty played both sports at Oregon, eventually giving up basketball in her final two seasons to concentrate on making a run at the U.S. Olympic team.

The three-time All-American won a pair of Pacific-10 Conference heptathlon titles, and claimed the NCAA Division I title as a junior in 1993. And in 1996, she upended American star Jackie Joyner-Kersee in the Olympic Trials to make the U.S. team – and placed eighth in the Olympics. The three-time U.S. championships winner also made the 2000 Olympics, and bowed out because of a back injury.

She married former Oregon football standout (and Seahawk) Matt LaBounty, and coached track at SPU and Oregon. She is in the Washington and Oregon Sports Hall of Fames.

If you are looking for a case to be made for best WNBA career from a state of Washington native – look no further than this former all-state point guard.

Folks should have seen this coming from her dominant prep career at Kennewick, leading the Lions to the 4A title in 2000. She was a two-time all-state guard, and was the Big Nine player of the year as a senior.

Mitchell spent three seasons at Idaho, and was one of the NCAA leaders in steals in each of those campaigns. In 2008, she played one season at Utah – and was selected as the Mountain West player of the year.

Phoenix drafted Mitchell No. 25 overall in the 2008 WNBA Draft, and she’s the only NBA or WNBA player to ever be named Most Improved Player twice (nine years apart for Phoenix, 2010 and 2019). She also played for the Australian national team in the 2016 Summer Olympics.

Notable Stats: Before she transitioned to goalkeeper full-time in college, Solo was a forward on the Richland girls squad – and tallied 109 goals in her prep career.

Brash, outspoken, controversial – and yes, talented. That was Solo, on and off the soccer pitch.

Twice a Parade All-American in high school, she led Richland to the 1998 state title before establishing herself as the preeminent goalkeeper in American women’s soccer history.

In college, Solo became the University of Washington’s all-time leader in shutouts, saves and goals against average. As a sophomore, she became the first goalkeeper ever to be named the Pacific-10 Conference player of the year.

And from 2000-2016, Solo was a member of the U.S. women’s national team, winning two Olympic gold medals and the 2015 FIFA World Cup. At the time of her retirement, she held several national-team goalkeeper records, including appearances (202), starts (190), victories (153), shutouts (102) and longest undefeated streak (55 matches).

Solo has also played professionally in Sweden and France – and for four U.S-based leagues, including most recently in the National Women’s Soccer League for Seattle Reign FC (2016). She is married to former UW and Seahawks tight end Jerramy Stevens.

In sports, there was nothing Von Oelhoffen couldn’t do. That is why she was offered NCAA Division I scholarship in four different sports.

The WIAA hall of famer is a legend at Kamiakin, earning 12 varsity letters, and being voted all-conference for four consecutive years in basketball and volleyball. She was a two-time Big Nine girls basketball scoring champion, leaving with a school-record 1,600 points – and was a two-time All-American selection. She also led the school to its only 4A title in 1985.

It was in track and field that Von Oelhoffen captured her only national championship – the U.S. Juniors pentathlon crown in 1981. A year later, she set the state record in that event – and won a pair of 4A track titles in high school.

Von Oelhoffen accepted a scholarship to play basketball at Hawaii where she met her husband – former Super Bowl champion Kimo Von Oelhoffen. The family lives in the Tri-Cities today, and her youngest daughter – Talia – is a top-10 basketball recruit nationally in 2021 that just gave a verbal commitment to Oregon State.