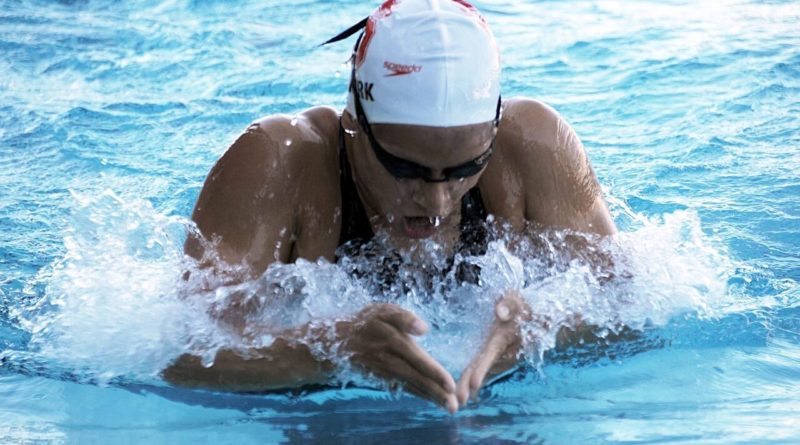 Notable Stats: Kressin, who was a standout in so many sports, for many decades, became the oldest woman in the world to bowl a sanctioned 300 game at age 71 back in 1997.

If you dare to try and research the stellar college career of Kressin – you won’t find anything. She did not go that route.

Instead, she was a West Sound softball star at age 11, eventually playing for state powerhouse Bremerton Greenjackets. She was so good by the time she was a young adult, she was invited to try out for the All-American Girls Professional Baseball League (AAGPBL) in the mid-1940s, which was made famous by the blockbuster movie, “A League of their Own.”

By the 1970s, Kressin had given up fastpitch for golf, and began shooting in the 70s in no time. She also picked up bowling, and became one of the area’s top tournament competitors.

But if you asked Kressin, all the way up to her death in 2013, what her best sport was, she would have said track and field.

In 1999, the Kitsap Sun named Kressin its “West Sound Female Athlete of the Century.”

Notable Stats: In just more than a year after taking up the bobsled, Schaaf captured one gold, one silver and four bronze medals in the first half of the America’s Cup circuit season, including her only national championship.

If there’s one thing to know about what made Schaaf such a standout, versatile athlete, it is her perseverance.

Schaaf played basketball and volleyball, and ran track in high school before solely focusing on what would get her to an NCAA Division I school. That was volleyball – and she went on to play at Portland State for three seasons.

But she soon began searching for a new sport – and found it when her older brother, who was at a skeleton tryout in New York, invited her out for a training camp.

She competed in skeleton for five years, recording a best finish of 11th at the world championships. Feeling like she hit her peak, she switched to the bobsled in 2007. And in just more than a year, she captured the U.S. title in 2009 – and qualified for the two-person women’s bobsled (with Emily Azevedo) at the 2010 U.S. Winter Olympics. The American duo placed fifth.

Notable Stats: Kirk Sell and her sister, Dana Kirk, became the first siblings to ever swim in the same Olympics – 2004 in Athens, Greece.

There was a time Kirk Sell was headed off to a small college to swim, and enjoy life as a normal student.

That all changed when her swimming times in the breaststroke began dropping dramatically during her junior year at Bremerton, which earned her a scholarship to Stanford..

That is where Kirk Sell took off, winning four consecutive NCAA Division I championships in the 100-yard breaststroke – and nine NCAA titles overall. She was never beaten in the 100 breaststroke during her collegiate career.’

The eight-time All-American also set American records in the 50, 100 and 200 breaststroke events – and became the first woman to ever swim the 100 breaststroke in under 58 seconds (57.77).

Kirk Sell made the U.S. Olympic team in 2004, and was part of the 400 medley relay team that captured the silver medal. In all, she took home 15 medals from major international competitions for her career.

Notable Stats: Silver became the first competitor to win two WIAA state events for four consecutive seasons, accomplishing it in the 50- and 100-yard freestyle races in Class 2A (2000-2003).

There were many water torpedos that came through the tradition-rich Bainbridge girls swimming program. None were faster than this speed demon.

She went on to become a 20-time All-American at Cal, and was the Pacific-10 Conference champion in the 100 and 200 free. She also set a school record in the 50 free.

But her shining moment came in the 2008 Olympics in Beijing. She swam one of the legs of the American’s silver medal-winning 4×100 free relay team – just weeks after suffering a broken hand at the Olympic Trials.

Erynne Lee, Central Kitsap (golf) – Dominant 4A state champion was three-time All-American at UCLA, and is now playing on the LPGA Tour.