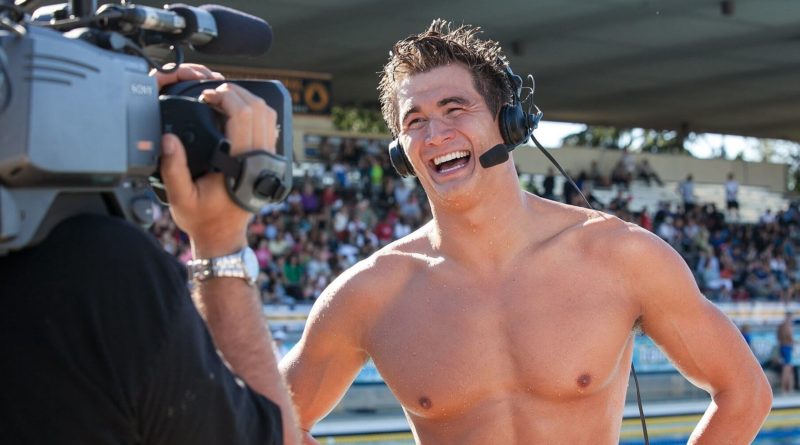 Set aside Kitsap County. Adrian is one of the most accomplished athletes to ever come out of the state of Washington.

Two years after the five-time Olympic gold medal-winning swimmer graduated from Bremerton High School, he was a part of the 4×100 freestyle team that brought home a gold medal in the 2008 Beijing Olympics. He’s since competed in the last two Summer Olympic Games, and has brought home a total of eight medals — five gold, one silver and two bronze.

He’s an Olympic champion, a 6-foot-6 physical specimen, who overcame testicular cancer in 2019, then months later took the silver medal in the 4×100-meter medley relay at the world championships in South Korea.

Adrian’s list of accolades is long. Throughout his career, he’s taken pride in his hometown Bremerton, where he has a street named after him.

Heinrich played several solid years in the NFL, but the slight quarterback with a rocket arm made his name in the college game.

He was named an AP All-American twice and led the nation in passing yards in a season twice over the course of his career at Washington. In total, he threw for 4,392 yards and 33 touchdowns as a Husky and was inducted into the College Football Hall of Fame. He was even voted to UW’s all-centennial team in 1990.

Heinrich was drafted in the third round of the 1952 NFL Draft. After serving nearly two years in the military out of college — where he played football at Fort Ord base in California — Heinrich played eight seasons in the NFL.

He was named The Kitsap Sun’s top athlete of the 20th century.

Those who witnessed Williams terrorize opponents on the hardwood at Bremerton High School were likely unsurprised by the success that followed.

After a dominant high school run in which he was a McDonald’s and Parade All-American in 2004, Williams helped North Carolina win a national championship as a freshman. His tip-in with 1:26 left in the title game gave the Tar Heels a two-point lead that it did not relinquish. He also hit a legendary game-winner with 17 seconds left to cap a comeback win over Duke that same season.

He left college after one season and became the second overall pick in the 2005 NBA Draft.

Today, Williams is in his 17th season in the NBA. He plays for the Milwaukie Bucks. His best season in the NBA statistically came in 2007-08, his third year in the league, when he averaged 14.8 points, 5.7 rebounds and a steal per game while shooting a career-best 46.2 percent from the field.

Aaron Sele was a good — err, very good —high school pitcher. He was a multi-sport standout, too.

But after opting to go to WSU after he was drafted out of college, Sele honed a curveball that helped him make a living in MLB.

Two years after helping the Cougars win three conference baseball titles, Sele was a first round draft pick — 23rd overall by the Boston Red Sox. Hype built around him in Boston, and when he got the chance to step in for injured Roger Clemens, he delivered, logging a then-club record six consecutive wins.

George Bayer, Bremerton (football, golf) – a three-sport standout in high school, Bayer went on to star as a hulking 6-foot-5 offensive lineman at UW and was drafted by the Washington Redskins. At age 29, he became a professional golfer, logged four PGA Tour wins and was known as pro golf’s power hitter off the tee. He tied for third in the 1962 PGA Championship and tied for 11th in the 1964 U.S. Open.

Willie Bloomquist, South Kitsap (baseball) – In high school, he led SK to a AAA state title as the team’s quarterback and was an all-state baseball player who never batted below .400. That hitting trend continued at Arizona State, where he was an All-American and led the team to the College World Series. Played 14 seasons in MLB as a middle infielder and center fielder.

Bryan Hinkle, Central Kitsap (football) – A standout option quarterback in high school, Hinkle switched to linebacker at Oregon, where he became an all-Pac 10 selection. Went on to play 12 seasons with the Pittsburgh Steelers.

Benji Olson, South Kitsap (football) – A two-time All-American guard at University of Washington, Olson was a fifth round pick in the 1998 NFL Draft and went on to play 10 seasons with the Tennessee Oilers/Titans.

John Ridley (men’s fast pitch softball) – No, he didn’t go to high school in Kitsap County. But Ridley carved out a legacy in the area when men’s fastpitch was king. He led a team from Bremerton to a third place finish at the 1958 ISC World Tournament, of which he was named MVP. It’s understood that he threw nearly 100 miles per hour underhand. And what’s a legend without a little mystery?

Ted Tappe, Bremerton (baseball) – After helping WSU to the college World Series, he hit a home run in his first at-bat after being called up to the Cincinnati Reds in 1950 at age 19. His career sputtered after an achilles injury  five years later. Many regarded Tappe, a 6-foot-3 lefty, as the greatest athlete to come out of the area.