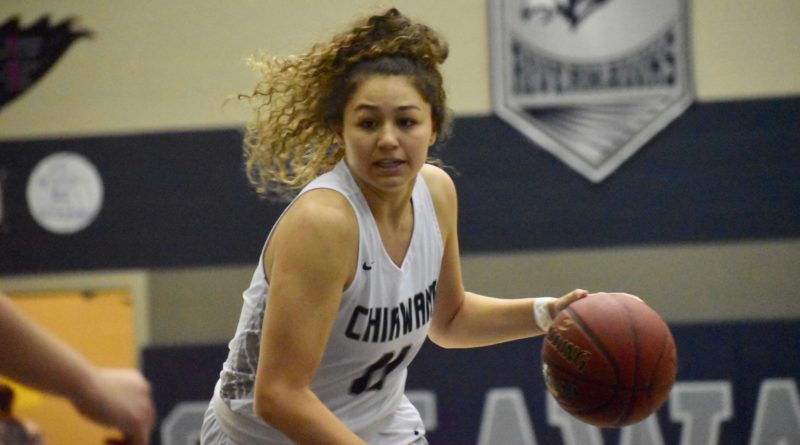 Chiawana High School girls basketball star Talia Von Oelhoffen could hear all the voices – the mass amount of opinions – on what she should do with her high-profile college recruiting.

It was listening to the right ones that helped the five-star recruit finally sort through the chatter.

Von Oelhoffen, a top-10 prospect nationally for the class of 2021, gave a verbal pledge to Oregon State University on Saturday – a surprise to some given that heavy hitters Stanford, Oklahoma, UCLA and UConn were also in the picture.

But Von Oelhoffen said she preferred going to an upstart like the Beavers over an established national powerhouse like UConn or Stanford.

“They’ve been to the national championship,” Von Oelhoffen said. “I want to play a role in building something special.”

And Von Oelhoffen knows all too well how the those building blocks have formed for Oregon State coach Scott Rueck over the past decade, because one of her primary Tri-Cities workout partners was of the program’s early progress.

Jamie (Weisner) Scott played at Walla Walla High School for two seasons against Von Oelhoffen’s oldest sister, Jalyn, in the Mid-Columbia Conference before finishing up at Clarkston, and heading off as one of Rueck’s top recruits in the first few years.

Scott was on the Pac-12’s all-freshman team in 2012-13. Three years later, she was the conference player of the year leading the Beavers to a Final Four appearance.

In the 2016 WNBA Draft, Scott was selected 17th overall by Connecticut, and ended up playing a handful games for Washington before being waived. She now plays professionally overseas in Russia.

Two years ago when Scott returned to her parents’ home in the Tri-Cities, a mutual friend hooked her up with Von Oelhoffen in basketball training.

“We worked out a lot,” Von Oelhoffen said. “That is when I was able to talk to her about recruiting – and Oregon State.”

It was an important resource – one that Von Oelhoffen’s high school coach knows the value of.

Mike Brown was a basketball standout in New York, and had a handful of Big East programs to choose from during his senior season at Cicero-North Syracuse High School. He eventually signed with Providence.

“In my own personal experience, it was my AAU coach who was my mentor. Regardless of where he wanted me to go, he always asked me, ‘What do I want to do?'” Brown said. “Having that person as a support unit is monumental, especially if it is a former player who has gone through the recruiting stuff.”

At the last minute, Von Oelhoffen and her mother, Tondi, visited Oregon State for a day and a half during last season, which ended up being a good decision given that the COVID-19 outbreak shut down campuses a few weeks later.

Over the past few weeks, Von Oelhoffen said she started leaning toward committing to the Beavers. Finally, she waited no longer, and announced it Saturday morning.

“I held off longer than I needed to. I got Scott on the phone and said, ‘Whatever, let’s get it over with, and I did it,'” Von Oelhoffen said.

“It felt like a weight got lifted off my shoulders.”