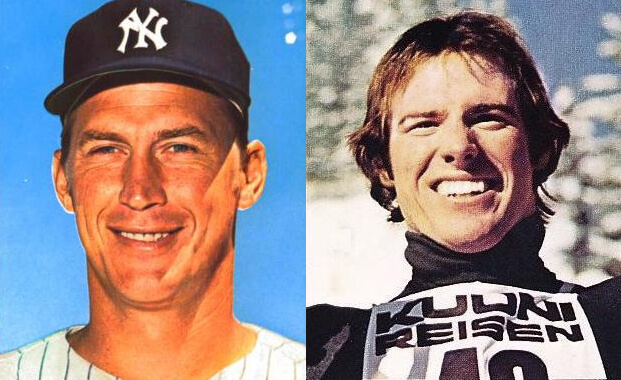 Notable fact: He carried the torch across the U.S./Canadian Peace Arch at the 2010 Vancouver Winter Olympics.

Phil Mahre competed on the world stage for eight years and retired at age 26.

Those eight years are something to behold.

Mahre climbed his way from an upbringing in White Pass to become the greatest men’s skier in U.S. history — at the time. He finished top three overall in the World Cup for six straight years, and he holds the second-most World Cup wins of any U.S. skier with 27 behind Bode Miller’s 33. In 1980, he took silver at the Winter Olympics in the slalom.

His defining moment — the one that prompted him and his twin brother, Steve, to retire — came at the 1984 Winter Olympics in Sarajevo. Phil won the gold medal in the men’s slalom and his brother took silver.

Notable stat: The only boxer to ever challenge for a world heavyweight title in his first pro matchup.

Rademacher’s crowning athletic achievement came in the 1956 Summer Olympics in Melbourne when the heavyweight beat Russian Lev Moukhin, who was previously undefeated, in a first round technical knockout to claim gold.

“It was very emotional,” Rademacher told Washington State Magazine in 2016. “I bawled for probably half an hour.”

He fought Floyd Patterson the following year in Seattle, becoming the only boxer to challenge for a world heavyweight title in their debut.

Rademacher, who has been inducted into the Northwest Boxing Hall of Fame, also played football at Washington State.

Notable stat: Was an MLB All-Star and World Series champ five out of the 11 years he played professionally.

Mel Stottlemyre signed with the Yankees without a signing bonus fresh out of Yakima Valley Community College in 1961. Three years later, the right-handed pitcher made three starts in the 1964 World Series.

The name Stottlemyre is royalty in Yakima, and that started with Mel, who played all 11 MLB seasons with the Yankees, five of which he was an All-Star selection.

The end of his professional playing career was, in many ways, only the beginning for Stottlemyre, who went into positional coaching in the majors for more than 20 years. He was a part of five World Series winning teams — first with the Mets and the ensuing four in a five-year span with the Yankees, where his pitching staff shined.

Stottlemyre, who passed away in 2019 after a long battle with cancer, has a plaque in Monument Park, the museum inside Yankee Stadium.

Todd Stottlemyre gave quite the follow-up act to his dad’s storied career.

The son of Mel Stottlemyre played 15 seasons in MLB, including his first seven with the Blue Jays, where he was a part of two World Series championship teams in 1992 and 1993.

He heard his named called in the 1985 MLB secondary draft alongside his older brother, Mel Jr. The news warranted a story in the New York Times. Todd would go on to play at UNLV before signing with the Blue Jays. Statistically, his best season was in 1991, when he recorded 15 wins with a 3.78 ERA.

Russell Baze, Granger (horse racing) – Winningest jockey in North American history (12,844 wins) over the course of a career that spanned more than 40 years. Baze is a U.S. Racing Hall of Fame inductee.

Dan Doornink, Wapato (football) – The burly running back/fullback had a penchant for getting first downs in his standout four-years starting at Washington State and ensuing eight-year NFL career — which he completed while in med school.

Scott Hatteberg, Eisenhower (baseball) – A 14-year MLB catcher/first baseman was also a multi-year standout at Washington State, and caught for Kitsap County great Aaron Sele. Was moved from catcher to first baseman by the Oakland Athletics, a move thoroughly documented in the renowned Michael Lewis book “Moneyball,” which was adapted into an award-winning film.

Steve Mahre, Naches (alpine skiing) – One of the all-time Yakima County greats, Mahre won a silver medal in the 1984 Sarajevo Olympics in the slalom. Took gold two years prior in giant slalom at the world championships.

Kurt Schulz, Eisenhower (football) – Defensive back who played 10 seasons in the NFL — eight with the Bills — after a standout career at Eastern Washington.

Taylor Stubblefield, Davis (football) – Went to Purdue and set the record for most receptions in NCAA football history after a standout career at Davis. He had stints in the NFL with the Panthers and Rams. In high school, Stubblefield was a multi-sport standout.

Bob Wells, Eisenhower (baseball) – Former Eisenhower standout went on to play for Spokane Falls CC before a nine-year MLB career as a relief pitcher, in which he notably spent five seasons with the Mariners.