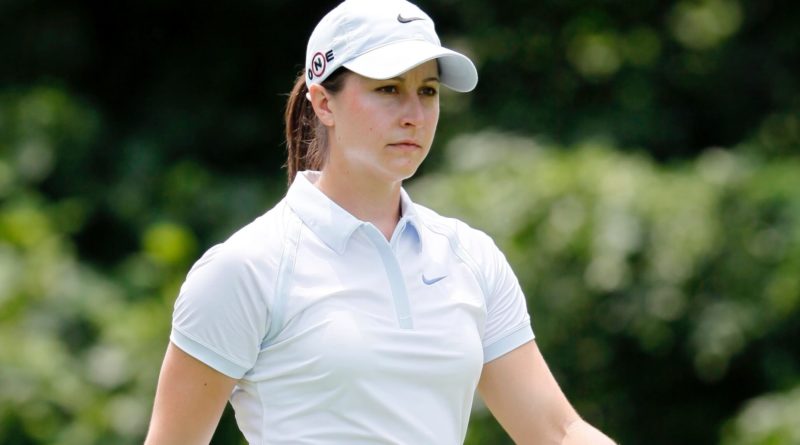 Notable Stats: The 6-foot-3 Borton, a two-time all-state center in high school, had 150 blocked shots during her career at Notre Dame (2001-05) – sixth-most in program history.

In the months leading up to Borton helping West Valley win its first state title in school history in 2001, she was a wanted recruit – a top-30 player nationally. And it came down between Notre Dame and UConn for the services of this quiet but stern All-American leader (she was also an alternate on the USA junior girls squad that year).

And Borton fit right in with the Irish taking over for WNBA-bound Ruth Riley in the post. She proved to be an efficient third scoring option on offense who never missed a game in her four-year career. Notre Dame went to a pair of Sweet 16’s during her tenure.

Notable Stats: Over the past 15 years, no state of Washington native has had a higher finish at a women’s major championship than Mackenzie did at the 2005 U.S. Women’s Open as an amateur (tied for 13th).

If you’ve played golf in the greater Yakima area, chances are you’ve run into a Mackenzie sibling on the tee box.

Paige Mackenzie is the sister in the pro-golfer sibling rivalry (with brother, Brock), and she has accomplished plenty – starting with playing in a U.S. Women’s Amateur at the age of 16.

The 2000 PNGA girls junior player of the year was a three-time All-American at the UW, finishing with a school-record 22 top-10 finishes. She made the eight-golfer U.S. squad at the 2006 Curtis Cup, and completed her collegiate career as the top-ranked amateur in the country.

She made 132 starts on the LPGA Tour from 2005-2015, registering a pair of top-10 showings before retiring to become an in-studio host for the Golf Channel’s popular “Morning Drive” show.

Notable Stats: Schefter produced one of the single-greatest seasons in Washington high school history, tallying 47 goals and 25 assists in leading the Rams to a 24-0 record and state championship in 2001. She was a Parade All-American, and Gatorade state player of the year.

You could say Notre Dame was in Schefter’s blood all along. She was a third-generation Irish athlete from her family – and came from a soccer-friendly household as well (her brothers played at SPU, UW).

And she was everything Notre Dame hoped for in signing her in 2001 as the 11th-best true freshman to come into NCAA Division I soccer, playing on the Under-19 U.S. national women’s team.

She ran the midfield like any heady point guard would, helping the Irish to the NCAA title in 2004 (she made one of the penalty kicks that enabled Notre Dame to edge UCLA).

One of the Irish’s team captains in 2005, she finished her career with 12 goals and 21 assists.

Silvernail might have won state high school championships on each side of the mountains (Eisenhower in 1990; Fife in 1992 where father took head principal job), but Yakima still claims her as one of its own.

And no Washington native could send a volleyball to the floor quicker than this explosive outside hitter.

As a three-time all-conference first-team performer (and Pac-10 player of the year in 1996), and the school’s only two-time All-American, Silvernail is widely considered the best volleyball player in WSU history.

She played on the U.S. national team in 1996, and was on pace to play in the 2000 Summer Olympics before serious elbow and neck injuries forced her to bow out.

Lindsay Burns, West Valley of Yakima (soccer, track and field) – Former 3A long jump champ is one of Baylor’s greatest defenders in soccer.

Cheryl Roulier, Eisenhower (track and field) – Won pair of WIAA 800 titles in mid-1970s, then raced in the Pan-Am Games while at SPU.