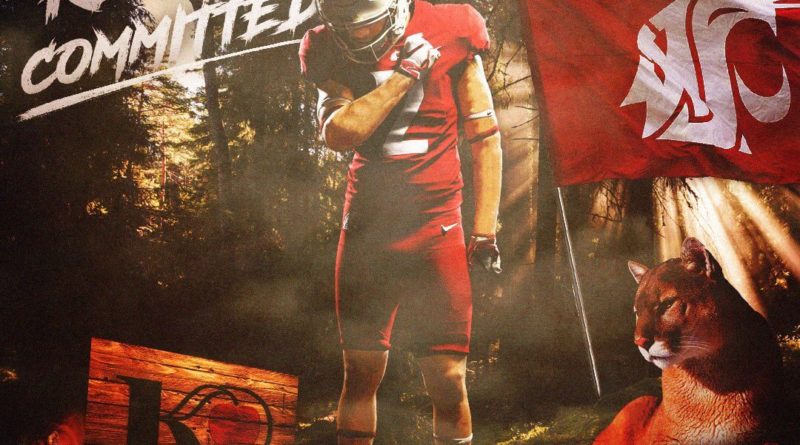 Ryan Kershaw had almost hit his lunch break at his job working on a ranch for a fruit company when his phone rang. Washington State head coach Nick Rolovich was on the other line.

“It was good, kind of surreal. I knew they were gong to offer me soon,” Kershaw said. “Their position coaches hinted it and, yeah, they wanted me to commit.”

That was no problem for the La Salle two-way standout, who made an immediate pledge on Thursday to play college football at his “dream school” in Washington State. Even if it means he has to learn a position he’s never played before.

He’ll be playing linebacker on the Palouse, a position that he has no experience at. But Kershaw said La Salle will utilize him at linebacker during his senior season.

“I think I’ll pick it up just fine,” Kershaw said.

In Kershaw, the Cougars are getting a 6-foot-2, 220-pound hard-nosed competitor. Kershaw was an Associated Press first team 1A all-state selection at defensive end, and an honorable mention choice at running back as the Lightning won the 1A South Central League before bowing out in the first round of the 1A state playoffs.

He’s Washington State’s second in-state signee in the class of 2021, and both came within a day of one another. Mount Si defensive end Andrew Edson committed on Wednesday — similarly, on the spot. For each of them, the Cougars were their first Pac-12 offer.

Once he announced the news, Kershaw’s phone flooded with texts from friends, teammates and even family from Iowa. He said the support from Washington State fans has been a pleasant surprise.

“It’s been crazy,” he said. “Buzz buzz buzz buzz, Coug nation’s been going wild. I knew the Cougs had quite the fanbase, lot of die hard fans, but I didn’t expect it to be this quick. Text messages like crazy.”