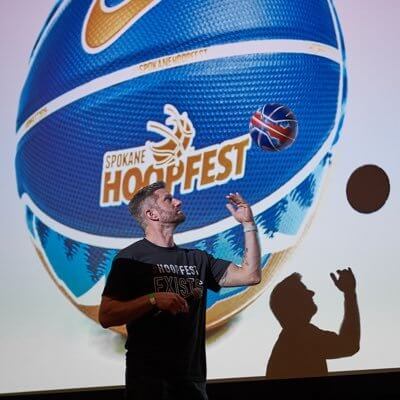 On Wednesday, Matt Santangelo joins to re-tell stories playing for the Zags, how he learned what leadership looks like, what it was like playing pro abroad and what’s next for Spokane Hoopfest.

Santangelo was the point guard leading the charge on the Zags’ 1999 Elite Eight run that propelled the program to national prominence. He’s now the director of Spokane Hoopfest, the world’s largest 3-on-3 basketball tournament. Hoopfest usually takes place annually the last weekend of June, but due to COVID-19, it has been moved to Aug. 22-23.