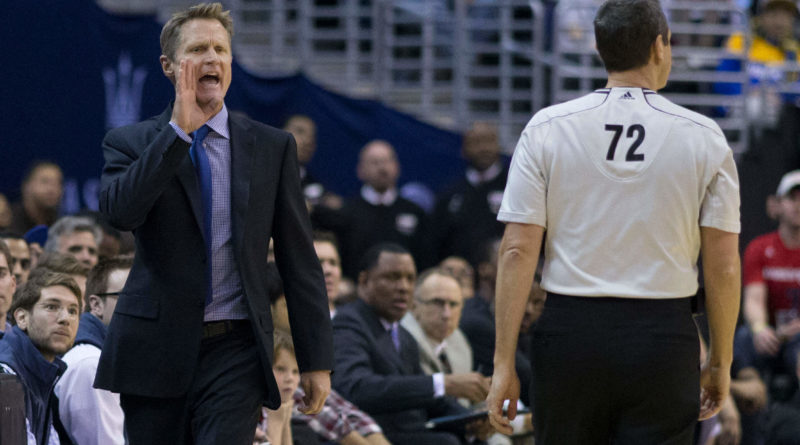 In the interview, which covers a wide range of topics, Kerr discusses the 1997-98 Chicago Bulls season, which is the focus of the popular 10-part documentary “The Last Dance” airing Sundays on ESPN. Kerr won three of his five NBA championships as a player with the Bulls, including the famed 1998 title.

Here is the excerpt. Listen in starting at the 12:15 mark:

(Editor’s note: this interview was recorded on April 21, two days after the release of the first two episodes of the documentary.)

Dan Dickau: I’m sure you’ve been asked this question a lot over the last couple of weeks because one of the best documentaries that I’ve ever seen, has started to be released: The Last Dance. You were also a part of it with interviews and you lived it that whole entire year. What was that year with Michael Jordan and the Bulls like knowing that you had a chance to win a third title in a row and see the team was about to be broken up by the front office?

Steve Kerr: It was really kind of bizarre for a championship team to be broken up before it even has a chance to defend a title. It would be unheard of. And it would cause mass hysteria in sports media. And so at the time, you know, we were living in a different time. There was a lot of media, but it was a different type of media, you know, you just didn’t have the constant judgement criticism that social media provides. And back then it was kind of compartmentalized. You had the newspaper, you had talk radio, and you had SportsCenter, and that was kind of it.

And so even though it was a huge story … you can sort of get removed from it and it was just weird because here we were this team that had won two championships in a row and then you know, we’ve got the greatest player of all time in Michael Jordan and one of the great coaches of all time, Phil Jackson. And before the season even started, we were all told ‘this is it.’ This team’s gonna be broken up. So that became a galvanizing force and Phil Jackson used it as one and he named it “The Last Dance” before the season even started and we use that as motivation to ultimately get it done and win another championship.

Listen to the full interview here: